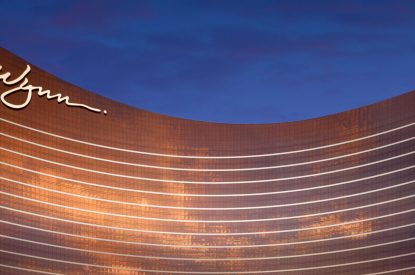 Steve Wynn’s ex-wife, Elaine Wynn, now the biggest shareholder in Wynn Resorts, wants the company to completely overhaul the structure of its board.

Ms. Wynn said she was focused both on maximising the company’s value and on ‘fully restoring its reputation and in transforming it into a corporate-governance leader.’

She wants shareholders to nominate new board candidates adding that she wouldn’t be putting herself forward for consideration.

Ms. Wynn, who previously served on the board and has a nine per cent stake in the company, wants the new board in place before any decision is made on the group’s future casino in Massachusetts.

She added: “Because all of the candidates I nominate would, by definition, be new to the board, they would not be in a position to have their independence questioned due to excessively long tenure unlike some of the incumbent directors who have served for over 15 years.”

Last week Steve Wynn settled all outstanding claims with his ex-wife to whom he agreed to pay $25m.

Wynn Resorts stated: “Elaine Wynn and Steve Wynn have agreed to settle Ms. Wynn’s remaining claims that Mr. Wynn breached their Stockholders Agreement. Ms. Wynn has also released her claims against the company and Kim Sinatra relating to Mr. Wynn’s alleged breach of that agreement. The company and Ms. Sinatra have released their claims brought against Ms. Wynn, all emanating from the litigation that was filed in 2012, thereby finally resolving all claims in that litigation. Under the terms of the settlement, neither the company nor Ms. Sinatra made any payment.”

Ms Wynn, testified in late March in a hearing regarding her litigation against Wynn Resorts and Ms. Kim Sinatra, General Counsel for Wynn Resorts.

Ms Sinatra had said: “I disagree vehemently with Elaine Wynn’s testimony. My recollection, which is clear, is that at no time did Elaine Wynnever tell me that there was an allegation of rape against Steve Wynn. In the relevant conversation in which she promised to destroy Steve Wynn and said she didn’t care if that reduced the company’s stock price to zero in the process, Elaine Wynn made an oblique reference to a settlement, and nothing more. Elaine Wynn has repeatedly used the broad protection of the litigation privilege to unjustly smear my reputation.”