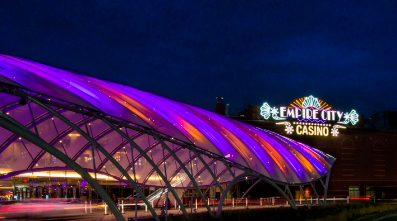 Empire City Casino by MGM Resorts continues to be an economic jackpot for the state and region 15 years after the video lottery terminal casino came online. The northeast’s premier entertainment destination was acquired by MGM Resorts in January 2019 and boasts the sixth largest gaming floor in the country, representing the largest in the MGM Resorts portfolio. Empire City marked its milestone anniversary by surpassing the $4 billion mark in funds generated for New York State education since opening in October 2006. This includes more than $1.3 billion generated over the last five years, demonstrating the strong continued growth of the property.

The more than $4 billion represents nearly forty percent of the total funds generated for education by all video lottery terminal (VLT) casinos across the state, signifying the leading role Empire City Casino plays in the economic health of New York. In 2019 alone, prior to its March 2020 pandemic closure, Empire City generated $307 million for state education, and has averaged $25 million per month for education over the last 15 years. The property also generates hundreds of millions more in funds to support the sport of harness racing and the state’s agriculture industry, as well as state and local governments. Manhattan’s closest casino, Empire City welcomes more than nine million annual visitors from Kingston to Kings County, across I-95 throughout the tri-state area and beyond.

Empire City has historically been the largest private employer Yonkers, the state’s third largest city, with over 1,000 employees and an annual payroll exceeding 80 million dollars. More than 75 percent of employees are unionized labor and over 70 percent are local residents of Yonkers, Mount Vernon and the Bronx. Many have been employed at the property since the casino’s opening day, building careers in finance, marketing, security, food and beverage, and more.

Continuing to focus its purchasing power on supporting local and regional businesses to keep New York dollars in state, Empire City spends more than $30 million annually with neighboring businesses and suppliers within a twenty-mile radius of the property.

“MGM Resorts is proud to call New York home and is fully committed to this great state,” said Empire City Senior Vice President and General Manager Ed Domingo. “Our investment in Empire City Casino is an investment in New York. This is an exciting time as we reflect on the past 15 years of success and look ahead towards continuing to expand our offerings as a hospitality and entertainment company. We can’t wait to see what the next 15 years bring.”

Empire City opened in 2006 and underwent a $50 million expansion in 2013 and continues to show impressive numbers despite competition from neighboring full-scale gaming entities in New Jersey, Pennsylvania and Connecticut that offer live dealer table games, sports betting and more extensive amenity offerings. Since acquiring the property, MGM Resorts has continued to invest in Empire City and the 122-year-old historic Yonkers Raceway, including the addition of a new VIP gaming room and lounge, the integration of Empire City into MGM Resorts’ world class rewards program Mlife Rewards, and a near million-dollar track renovation and lighting project, the first significant upgrade at Yonkers Raceway in more than 15 years.

Empire City and MGM Resorts are also committed to charitable giving in the communities they serve around the country with MGM Resorts recognized as a leader in corporate social responsibility. Committed to making an impact locally in the areas of food insecurity, education, and workforce development, Empire City generously supports a variety of local causes and organizations throughout the year, including Feeding Westchester, World Central Kitchen, Health Research Inc. for first responder grants, educational and after school programs, and much more.

As the corporation looks to secure a full-scale gaming license at Empire City to replace computerized electronic table games with live dealers, offer retail sports betting and significantly expand amenities, the property would add 2,500 direct hires, facilitate more than $1 billion in economic activity and create over 10,000 indirect and induced jobs. 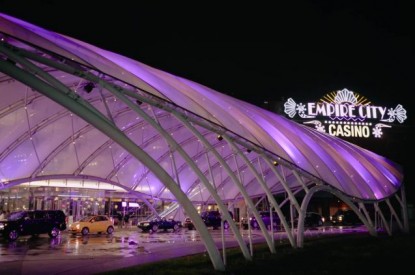 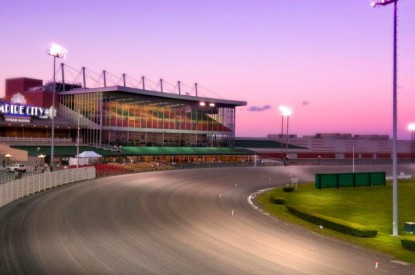