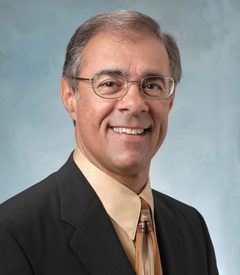 FutureLogic has entered into a Sales and Distribution Agreement through December 31, 2015 with Dynasty Games.

With over 26 years of experience in gaming and as the official service provider for several major operators, Dynasty Games is uniquely qualified to expand FutureLogic’s growing North American distribution network by providing seasoned sales personnel, and proven service and repair capabilities in the western region of the United States. Dynasty Games will focus its efforts as the distributor for FutureLogic gaming printer products in the western states, including Arizona, California, Idaho, Montana, New Mexico, Oregon, and Washington.

“The agreement with Dynasty Games is significant for FutureLogic. Dynasty Game’s reputation for outstanding service and support make them an ideal candidate for this partnership,” said Nick Micalizzi, FutureLogic’s Vice President Sales and Marketing, North America. “We realise that a key component to success in a highly competitive gaming industry is having the right partners at your side. We are convinced that Dynasty Game’s knowledge and professional standing with its customers will be instrumental as we drive to grow our portfolio of GEN3 Evolution, GEN2 Universal printing and PromoNet couponing solutions in the western region.”

Roger Fuller, Dynasty Games owner added: “We are thrilled to represent FutureLogic and work with the world’s leading manufacturer of TITO printers and promotional couponing solutions. FutureLogic management’s core values of “customer-first” are aligned with that of Dynasty’s.  FutureLogic’s customers will now have full access to our product and parts inventory as well as Dynasty’s industry-best turn-around times of 24 to 48 hours for both in-warranty and out-of warranty products through our product swap programs.  In addition to the value this agreement will bring to our mutual customers, this new alliance affirms Dynasty’s commitment to working with the world’s foremost suppliers of gaming components. We look forward to a successful and lasting partnership with FutureLogic.”