US – GameCo appoints Rosenberg as its new CEO 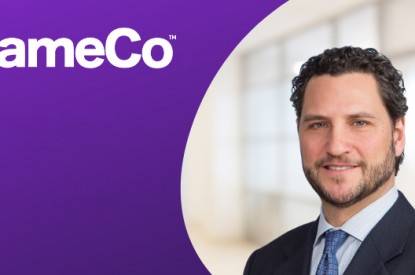 GameCo, the pioneer producer of new casino games designed to attract and monetize new and differentiated customers, has announced the appointment of Adam Rosenberg as its Chief Executive Officer.

He replaces Blaine Graboyes, who was recently denied a licence by the Nevada Gaming Commission.

Mr. Rosenberg is a seasoned industry veteran with over 23 years of experience advising, financing, and investing in Gaming and Leisure companies. Following a 16-year career at Goldman, Sachs & Co., where he was Global Head of Gaming in the Investment Banking Division, Rosenberg joined Fortress Investment Group LLC in 2014 to become Global Head of Gaming & Leisure investing. During his time at Fortress, Fortress-affiliated funds supported GameCo by financing its growth through investments beginning in 2018.

“Adam brings the ideal combination of sector expertise, financial acumen, strategic vision and proven leadership at a truly exciting time for GameCo,” said Robert Montgomery, Chairman of the Board of Directors. “His deep industry relationships, obvious passion and innate talent for anticipating what is changing around the delivery of game play and regulated gaming experiences make Adam the ideal choice to lead the GameCo team as the Company expands beyond land-based gaming to pursue parallel market leadership in digital.”

As Chief Executive Officer, Mr. Rosenberg will also be joining the Company’s Board of Directors, where he has been a Board Observer since 2018.

“Having focused on the evolution of gaming technology companies throughout my career, I am proud to be leading GameCo’s efforts to provide the next generation of games to operating partners and players,” said Rosenberg. “The global demand for differentiated gaming experiences is set for unprecedented growth, and the Company is ideally positioned to lead an exciting new category at the intersection of video games, online wagering, and esports.”

Mr. Rosenberg began his career in 1993 as an attorney in the New York office of Skadden, Arps, Slate, Meagher & Flom LLP, where he worked in the Product Liability and Intellectual Property Groups. He changed careers from law to banking when he joined Goldman, Sachs & Co. in 1998 as an Associate in the Investment Banking Division, where he was promoted to Vice President in 2001 and to Managing Director in 2006. At Goldman Sachs, Rosenberg helped to build and ultimately led the firm’s Gaming industry coverage efforts worldwide. As Global Head of Gaming, Rosenberg helped finance some of the largest integrated casino-resort projects in the world, and he advised and/or structured financings to support virtually all major M&A transactions consolidating legacy gaming technology companies from 2010-2014. He joined Fortress as a Partner in 2014, where he has been Global Head of Gaming & Leisure investing. Rosenberg earned a J.D. from Harvard Law School and a B.A. from the University of Pennsylvania.

Mr. Graboyes has said his next project will be to develop an esportsbook in Colorado that would allow gamblers to bet on the outcome of video game tournaments and matches.