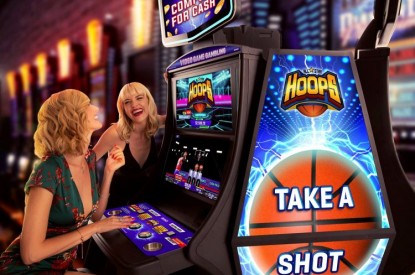 GameCo LLC, creator of the world’s first Video Game Gambling Machine, today announced the successful completion of the Field Trial for its Video Game Gambling platform in Nevada. The company is now approved to distribute and install new VGM Games in Nevada, which is the single largest casino market in North America.

The results from GameCo’s Field Trial and additional installations support the company’s founding thesis that new and different games resonate and monetise with a younger millennial casino audience. Over 80 per cent of GameCo’s “coin in” spending came from Millennial and Gen X players as compared to about 20 per cent for traditional slot machines. Additionally, GameCo realised 12 per cent or more uncarded play than other skill games or slot machines, pointing to a new player and new money. The outcome of the trial validates GameCo’s strategy of bringing a new category of gaming machine to the casino floor.

“We are thrilled to complete our Field Trial and this a major milestone for a startup in such a highly regulated industry, we appreciate the support of our trial partners and the Nevada Gaming Control Board,” said Blaine Graboyes, co-founder and CEO of GameCo.

The completion of the Nevada Field Trial comes after successful expansion and installation in several other key markets such as California, Oklahoma, Connecticut and Mississippi.