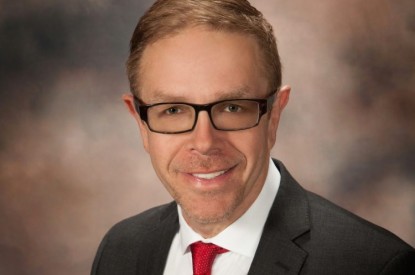 Mike Dreitzer, currently serving as President of Gaming Arts, has been promoted to Chief Executive Officer. Matt Heyerdahl, Chief Accounting Officer & Director of Finance, has been promoted to Chief Financial Officer. David Colvin, founder of Gaming Arts, will continue to serve as its Chairman along with Eric Colvin who will maintain his role as CTO.

Gaming Arts’ Founder and Chairman David Colvin said: “Over the last several years, under the leadership of Mike Dreitzer, Gaming Arts has made tremendous strides in advancing its core product lines of Bingo and Keno, while simultaneously experiencing one of the fastest rollouts ever for a new slot machine market entrant, with more than 600 individual placements in less than two years. This all occurred despite the unprecedented COVID-19 crisis.

Also, during this period, Gaming Arts’ list of licensed jurisdictions has continued to grow. The company now has upwards of 130 current gaming licenses. In addition, many more state, tribal and Canadian provincial licenses are in process, promising a continual expansion of market access for Gaming Arts. Notably, the Company will also soon be entering both the Historical Horse Racing (HHR) and interactive gaming spaces, extending its market reach still further. Mike Dreitzer, along with the entire Gaming Arts team, played a big role in this progress.

Mr. Colvin continued: “Matt Heyerdahl started right as pandemic closures began last year. He has proven himself to be very effective under high-pressure circumstances and was key to our ability to weather the COVID-19 storm. He has the capabilities, leadership qualities and correct approach for the role of CFO as we move to our next phase. Both Mike and Matt have distinguished themselves as true industry leaders by propelling Gaming Arts so rapidly and professionally. The company is now well positioned for great success, and I look forward to continuing to work with Mike and Matt and the team closely in the days ahead as they assume these new roles,” Colvin concluded.

While receiving his promotion, Mike Dreitzer said: “I am thankful for the trust that David Colvin and his family have placed in me to lead Gaming Arts as its next CEO. With lots of hard work and team work by our incredible group, it’s clear that there are great things ahead for Gaming Arts. I can’t wait to see where we can go from here.”

Matt Heyerdahl commented: “I am humbled and delighted by this promotion to CFO. We’ve made great strides since the onset of the pandemic, yet there are many more challenges ahead. I look forward to working with Mike and David and the team to continue to progress Gaming Arts as a key player in the gaming suppler space.”

David Colvin, Chairman, will continue to lead Gaming Arts’ intellectual property initiatives and remain very closely involved in finance and marketing efforts. Additionally, David will continue his leading role in the Company’s R&D efforts along with Moises Navarrete, VP of Technology and Keith Kruczynski, VP of Game Development and Design. In this capacity, Colvin, along with Navarrete, led the development of the amazing new line of VertX Grand gaming cabinets along with many other cutting-edge R&D projects.