US – Genting to invest a further $150m into Empire Resorts 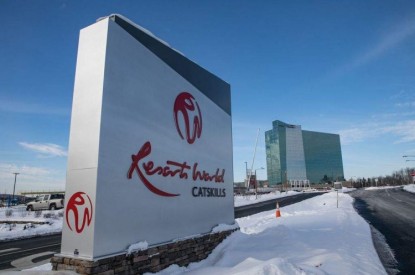 Empire Resorts, the operator of New York’s Resorts World Catskills and Monticello Raceway, is to get another cash injection of $150m from its parent company Genting Malaysia to aid its long-term financing plan.

Genting Malaysia has invested various amounts since August 2019, when it bought a 49 per cent interest in Empire with the total now amounting to US$520m.

The Malaysian company said: “The Board wishes to announce that GENM’s indirect wholly-owned subsidiary, Genting ER II, a Delaware company, had on October 11 2021 entered into a Subscription Agreement to subscribe for up to USD150m of additional Series L. The proceeds from the Series L will be utilised by Empire to facilitate its long-term financing plan.”

Nomura analysts Tushar Mohata and Alpa Aggarwal said: “Overall, Empire’s liquidity situation in the future should improve as a result. We believe that after this round of investment by Genting Malaysia, Empire is in a better position to be able to conclude its long-term refinancing plan, which should remove the need for future similar capital injections by Genting Malaysia, in our view.”

They added that some of the investment could go towards Resorts World Hudson Valley, in Orange County, where Empire is looking to spend US$32m on a 90,000-square-foot gaming and entertainment destination with approximately 1,300 video gaming machines.