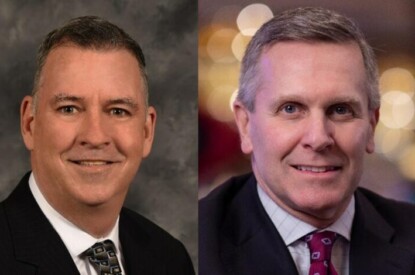 Mike Sampson, who has been serving as interim general manager of Hard Rock Hotel & Casino Atlantic City, has been promoted to General Manager effective Jan. 30, 2023, pending regulatory approval. He will report to Goldhoff.

In his new role of President, Goldhoff will focus on financial performance, market share growth, team member engagement and development, guest experience and support of the greater Atlantic City community.

“I’m confident George will continue to build on the incredible success we have achieved at Hard Rock Hotel & Casino Atlantic City,” said Jim Allen. “In just three years of rebranding our property in Cincinnati, he was able to make that casino the leader in the market and I have every reason to believe he will lead our Atlantic City team into the next era with great success.”

“I look forward to working closely with the leadership team and team members to capitalize on the opportunities ahead and usher in Hard Rock Atlantic City’s next era of growth and success,” said Goldhoff. “I have a deep appreciation for what the current executives and team members have accomplished over the past five years, and I look forward to contributing to further Hard Rock Atlantic City’s iconic brand and supporting the greater Atlantic City community.”

Goldhoff comes to Atlantic City from Hard Rock Casino Cincinnati, where he was President for the past three years and worked to rebrand the casino as a Hard Rock. The casino is currently the market share leader in southwest Ohio. Goldhoff also engaged with local community organizations in Cincinnati and orchestrated charitable donations of more than $1.4m.

A national search is already underway to identify the next President of Hard Rock Casino Cincinnati.

Before his work in Cincinnati, Goldhoff oversaw four properties as President and CEO of PURE Canadian Gaming in Western Canada. He also assisted in opening Bellagio Las Vegas and was General Manager of Gold Strike Casino Resort in Tunica, MS.

Sampson graduated from Franklin & Marshall College in Lancaster, PA, and began his gaming industry career as a Player’s Club Representative at Caesars Entertainment in Atlantic City. He also worked with Tropicana, Trump Entertainment and Seneca Gaming.