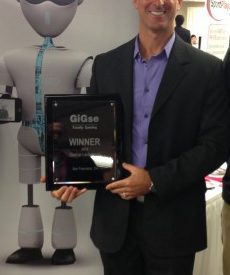 Companies preparing to pitch at the popular LaunchPad competition at GiGse next month need to monitor the market closely in the build-up to their presentations, according to Rob Gallo, the CEO and founder of Neo Poker Lab, the winner of the 2014 GiGse LaunchPad.

Mr. Gallo, who this year is looking forward to enjoying a watching brief at the GiGse LaunchPad in San Francisco, California, hailed last year’s experience as “fantastic”, with the prestigious award having put the company’s “name on the map”.

Clarion Events, which is organising GiGse in partnership with GamCrowd, the industry’s crowd-funding and crowd-sourcing platform, has set a March 15 deadline for applications to participate in the LaunchPad, which will take place on April 22, the final day of the three-day GiGse event.

However, Mr. Gallo insisted that those companies that are serious about scooping the top prize should follow Neo Poker Lab’s example by initiating preparations for their presentations as soon as possible.

“They need to be prepared and ensure that they have all of the questions answered before the presentation,” Mr. Gallo said. “Preparation is the key. We looked at the market for three months before making our final presentation to the panel and it paid off.”

The number of applicants will be whittled down to a final five real-money and social gaming start-ups, who will then pitch to an investors’ panel and an audience of potential partners before the winner is selected through an audience vote.

The selected start-ups will be mentored during the preparation phase before being grilled by the panel of experts on the day, and Mr. Gallo insisted that participants must listen to the advice on offer in the weeks leading up to the event.

“In terms of a key piece of advice, he added: “Be confident, but not cocky. Practice your presentation in house with others so you will be prepared when you are in the spotlight.”

Neo Poker Lab has developed advanced artificial intelligence in the poker space and is now in the process of licensing the technology to some major software developers so they can include it in their offerings to their gaming customers.

The company expects to sign three major deals by the end of 2015 “that will set us on the course to becoming profitable”, according to Mr. Gallo, who hailed the transformational impact of winning the GiGse LaunchPad last year.

“It put our name on the map for sure and opened doors to some of the bigger gaming suppliers,” he added. “We received a good amount of press after winning Launchpad, and we parlayed that into some good business relationships. Winning the competition has helped us by opening doors to some software suppliers who might not have considered a start-up. After winning, it was a good shot in the arm. It was a great experience and we’re looking forward to participating in GiGse again this year.”