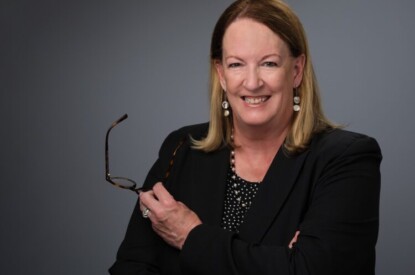 Global Gaming Women (GGW) congratulates founding Board chair, pioneer, and visionary Virginia McDowell for being one of three inductees to the American Gaming Association’s (AGA) Gaming Hall of Fame Class of 2022. Honorees will celebrate at an induction ceremony during Global Gaming Expo (G2E) at The Venetian Expo in Las Vegas this October.

“From the beginning, Virginia has been tirelessly focused on acquiring the support and resources necessary to develop the next generation of women leaders in the gaming industry. On behalf of Global Gaming Women’s board and members, we congratulate her on this incredible recognition of her contributions to the gaming industry,” said GGW Board Chair and President Cassie Stratford, SVP of Legal Operations and Compliance at Boyd Gaming.

McDowell’s distinctive accomplishments and a lifetime of work have been recognized through several prestigious awards. She received the Lifetime Achievement Award at the 25th Annual East Coast Gaming Congress and is the first female inductee to the Mississippi Gaming Hall of Fame. Named the 2009 “Gaming Executive of the Year” by Casino Journal Magazine, she served as the only female president and chief executive officer of a top publicly traded gaming operating company from 2007 until she retired from Isle of Capri Casinos in April 2016. She now serves as a Non-Executive Director of Entain plc (LSE: ENT), where she chairs the Environmental, Social, and Governance Committee. She is a member of the Board of Trustees of Saint Louis University, a trustee at HavenHouse St. Louis, an advisory board member of the St. Louis Crisis Nursery, and distinguished as Casino Enterprise Management Magazine’s Great Women of Gaming.