US – Golden Nugget, Boyd Gaming and Station all get green light 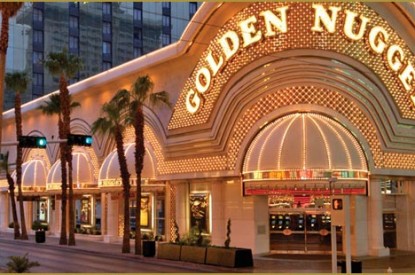 They will be allowed to launch online poker sites within Nevada’s boundaries as soon as their technology is approved.

Boyd Gaming Executive VP Bob Boughner said: “The total revenues in the state from poker will be twice what they are today with online poker.”

This pitches the market’s worth at US$180m a year.

Boyd has an agreement in place with bwin.party meaning the website will have to wait until the European partner has its licence approved too, possibly delaying the launch until 2013

Bwin.party CEO Jim Ryan said that PatryPoker and the World Poker Tour, also owned by bwin.party, would attract a significant market share in the US.

“It’s going to be a very new competitive set, but I think we can all be fairly confident that, given the brand strength that we’ve had, combined with our willingness to go in and spend aggressively in marketing, we’re going to have a very meaningful liquidity pool,” Mr. Ryan said.

Station Casinos’ licence will be taken up by its parent company; Fertitta Interactive. It will launch a pay version of its Ultimate Gaming brand as soon as its technology, which the company owns through its purchase last year of Cyber Arts Licensing, is approved. The first offering from the company was Ultimate Poker, a free platform which launched on Facebook in June.

Tom Breitling, chairman of Ultimate Gaming, said: “With our unique ability to leverage the overlapping demographics between online gaming, traditional gaming and the worldwide sports and entertainment brand of the UFC, Ultimate Gaming is ideally positioned to rapidly capture a significant following in the United States and throughout the globe.

The Golden Nugget has a partnership agreement with Bally Technologies, who has already launched a free-play poker site with the casino’s branding. With both groups now licensed by Nevada gaming regulators, the joint venture could be the first to launch a real-money only poker site in the state