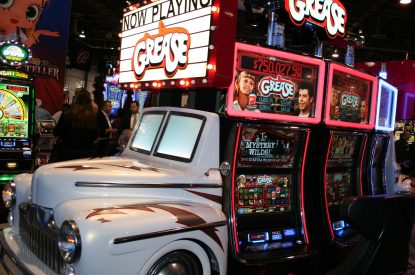 Bally Technologies  has made another millionaire in Las Vegas with its Cash Connection wide-area progressive slot link hit for $1.4m at Paris Las Vegas on March 27.

The lucky winner, who wishes to remain anonymous, hit the jackpot while playing Grease at the Las Vegas Strip casino.

Inspired by Paramount Pictures’ 1978 American musical film about two love-struck teens in a 1950s high school, Grease  is Bally’s first double-play game, featuring two, 25-line games – enabling the player to play two games at once. Grease also fully utilises Bally’s iDeck touch-screen button deck in the Dance Off Free Games feature in which players dance on the iDeck to win additional free games or credits, and in the How Cool Are You? bonus in which the player selects from one of four cars on the iDeck and the car moves up the ladder; the winning character indicates the player’s coolness factor and awards one of the four progressive jackpots or credit values.