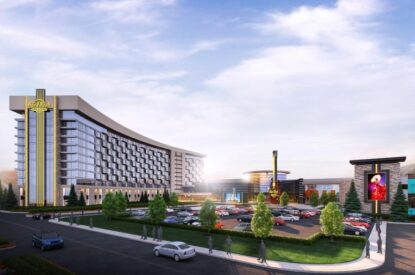 A joint venture controlled by Hard Rock International will develop and manage the approximately $600m project on behalf of the Tejon Tribe.

“The Tejon Indian Tribe has a proud history in Kern County,” said Octavio Escobedo, Tejon Tribe chairman. “We welcome this partnership with Hard Rock International, one of the world’s most widely recognized brands, as an important step for our Tribe and know that this project will be a great economic driver. It will bring positive benefits for our tribal citizens as well as for the Kern County community for decades to come. Good paying jobs and career opportunities translate into better healthcare, education and economic independence.”

The approximately $600 million Hard Rock Hotel & Casino Tejon will be developed on a portion of a 306-acre parcel of land, located approximately 25 minutes south of Bakersfield, off Highway 99 near the 166 Mettler exit. The 306 acres will be taken into trust by the federal government for the benefit of the Tejon Tribe. 52 acres of the site will be devoted to the resort hotel and casino, while 22 adjacent acres will be designated for an RV park. The remainder of the property will be used for other tribal purposes including administrative offices, a health facility, housing and supporting infrastructure.

The Hard Rock Tejon project’s economic impact on Kern County will be substantial. The project is expected to create more than 1,000 construction jobs and over 2,000 permanent jobs once completed, plus creating additional jobs due to the economic multiplier effect during construction and after opening.

The project will provide a complete resort experience for its guests and will include a hotel, 13 restaurants and bars, a Rock Spa® and fitness facility, the largest conference and meeting space in Kern County and Hard Rock Live®, a unique concert venue. As at all Hard Rock casinos, live entertainment will be a key component of the Hard Rock Hotel & Casino Tejon.

In addition to providing new entertainment amenities, the project will also bring much needed improvements in public safety to southern Kern County.

“Members of our Tribe have worked for and with the Sheriff’s office and the Kern County Fire Department for many years and we are committed to providing those entities with the facilities and equipment they need to enhance public safety not only for our project but for that entire area of the County,” stated Chairman Escobedo. “Our project will be privately financed, not costing taxpayers a single dime, and employment opportunities will be available to all qualified applicants, not just tribal members,” Escobedo continued.

“Kern County will reap significant economic benefits from this exciting $600m hospitality and entertainment project,” said Richard Chapman, CEO of Kern Economic Development Corporation. “The region will also experience a tremendous influx of ‘new money’ into our local economy as the resort will draw people from throughout California. The Hard Rock brand is iconic in the industry and will further add to the value of the development.”