US – Hard Rock Tejon receives boost with promise of land 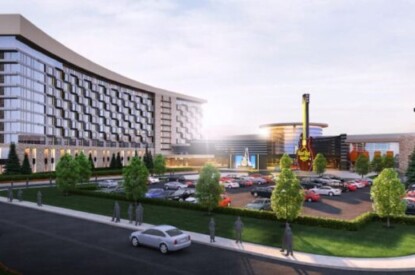 The $600m Hard Rock Tejon, in Kern County, California, has received a massive boost with the Department of Interior’s Bureau of Indian Affairs agreeing to place 320 acres of land near the junction of Highway 99 and 166 into Federal Trust.

This will allow California to enter into a Class III gaming compact with the Tejon Tribe and its partner Hard Rock International to move forward with Hard Rock Tejon, in Kern County, California.

The casino will include a 166,500-square-foot gaming floor, a 400-room, 11-storey hotel, convention space, an event centre, and a restaurant.

Hard Rock said: “Both Hard Rock International and the Tejon Tribe leadership are working diligently to start construction. While we do not have a definitive date, we are working steadfastly to get the project open. “It will take at least 20 months from the groundbreaking to the grand opening.”

Tejon Indian Tribe chair Octavio Escobedo III added: “The Tejon Tribe now has a homeland where its citizens can work and live together and collectively ensure a safe and economic environment for all.”

Back in September, the California State Senate approved a gaming compact between the state and the Tejon Indian Tribe.

Senator Shannon Grove, co-author of the bill, said: “SB 910 will ratify a tribal-state compact that will greatly benefit both the Tejon tribe and Kern County with nearly 5,000 jobs, live entertainment and convention spaces that will bring exciting growth to the area.”

Tejon Indian Tribe executive councilwoman Sandra Hernandez added: “The tribe is definitely elated. I don’t think any of us feel that we have words adequate enough to describe not just the happiness and the elation, but the feeling of what it means to have such a historical vote, directly impact all of us as tribal members.”