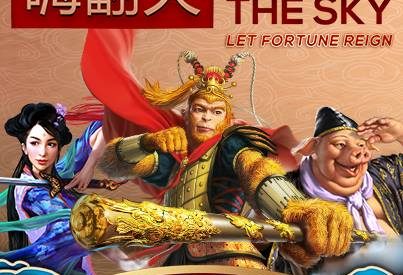 High 5 Games has launched what it believes to be the first online social casino designed specifically for players who want authentic Asian-themed casino games.

“We’re very excited to announce the launch of Shake the Sky, High 5 Games’ second social casino and the company’s first comprehensive product for the social and mobile Asian markets,” said Anthony Singer, CEO of High 5 Casino. “Shake the Sky will offer more than 30 region-specific games to tap into the growing enthusiasm players have for real slot content.”

As a premier destination for authentic Asian-themed slot games, Shake the Sky will offer proven slot titles from H5G’s existing collection, including top-performing games in Asia like West Journey Treasure Hunt, Golden Three Kingdom, and Four Great Chinese Beauties as well as never-before-seen brands before they premiere in real casinos around the world.

The casino will debut games specifically crafted for this audience featuring beautiful artwork, original music, and auspicious symbols. Players will recognize familiar themes inspired by soap operas, Wuxia films, and lifestyles throughout the 20th century, to name a few. Shake the Sky players will soon be the first in the world to experience upcoming real casino hits like Shanghai Rose and Zen Panda. The casino will also be the first on Facebook to pair Asian themes with premium trademarked slot features, like Super Stacks, Super Symbols, and Split Symbols.

The style and gameplay of Shake the Sky will be modelled off of High 5 Casino, the highest rated social casino in the industry with 4.3 out of 5.0 stars. Shake the Sky will premiere on Facebook this month. Facebook team members were recently on-site at the High 5 Games office in New York to celebrate the announcement of the upcoming casino launch.