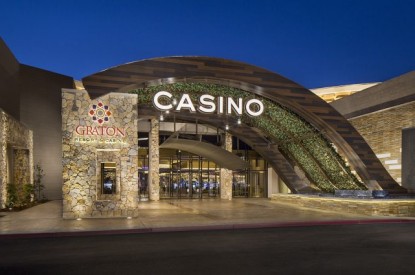 Developed by Australia-based Chill Gaming, Bloomtopia and Fortunes of the Brave reward players with monetary and non-monetary rewards. IGT is the sole worldwide distributor of Chill Gaming products outside of Australia and New Zealand.

“As part of IGT’s continued effort to appeal to a broad range of players, we are excited to introduce new types of gaming experiences at Graton Casino with Chill Gaming’s Bloomtopia and Fortunes of the Brave games,” said Nick Khin, IGT Chief Commercial Officer, Gaming. “These games are ideal examples of incremental slot innovation that create an entirely new dimension of play for IGT’s customers and their players.”

Bloomtopia gives players the opportunity to grow and nurture a virtual garden by awarding virtual resources such as water, sunlight, and seeds throughout slot play. As players cultivate their gardens and watch them mature into personalizsed and attractive environments, they can earn in-game status and unlock additional garden styles.

Fortunes of the Brave is a five-reel slot game that provides more than 200 ways to win and includes a skill-based battle feature of the game. In the game’s skill feature, players fight enemies using weapons and spells and receive points based on their performance that allow them to win more money. Players are awarded non-monetary currencies called “runestones,” when they match symbols that they can use to buy new in-game weapons and spells to use in battle.