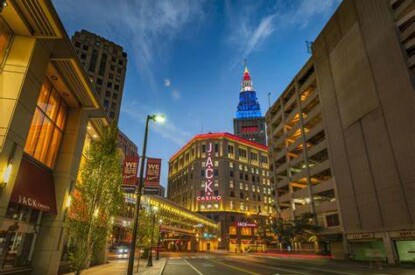 The last five years have seen explosive growth across US sports betting states but the ‘Buckeye state’ is about to buck that trend from New Year’s Day 2023 providing consumers with the most attractive offerings, rewards and bonuses anywhere in the country – and all just a few weeks before the SuperBowl. The timing could not be better says Fintan Costello, Managing Director, BonusFinder.com.

At the beginning of January up to 12 million Ohioans will be able to wager online across a multitude of sports, markets, players and outcomes, and our research shows that a combination of factors, plus fortuitous timing, will unite to create THE best offering any US consumer will have, nationwide. And that’s just based on the data alone. The industry in 2023 promises to start with a real bang, despite being a year that many commentators have already written off in so many ways.

The world may be suffering financially due to a ‘perfect’ storm of inflation, energy costs and conflict, but one thing is certain: online wagering, a traditionally recession-proof industry, has so far remained largely unscathed and is likely to remain that way. For example, just last week New York recorded its third consecutive month of online sports betting revenue growth with player spend also rising, but while larger states enjoy a great run of numbers, it is Ohio that will soon be lapping them… and with almost half the population.

The quarterly BonusFinder.com study, Bonus Index, tracks the 24 regulated US States’ and Canadian Provinces’ quarterly performance, and how favorable each one is for consumers, reveals that Ohio will be the number one US Sports Betting state for consumers in 2023.

The Bonus Index measures factors including number of licenses, approved licensees, and average bonus offerings across all licensed brands to calculate an overall score. By focusing on the consumer experience and competition among operators to attract those consumers BonusFinder.com can identify which states will be the long-term winners.

Looking at the evidence we firmly believe the ‘Buckeye State’ will soar higher than a flock of Cardinals from January 1 2023.

Brands: Expected to have up to 25 approved operators – the largest number of licensees (second only to Colorado) in the US sports betting market

Bettors: Up to 12 million die hard sports fans with an accelerating appetite for betting

Buckeyes, Browns, Bengals: Combined seven professional and major college teams across the MLB, NBA, NHL and the NFL, including one of the country’s most prestigious college football teams

Our figures show that these combination of factors mean Ohio will immediately leapfrog its biggest rivals, including New Jersey, Pennsylvania and Michigan.

The big hitters such as FanDuel, DraftKings, BetMGM and Caesars will all be there spending millions in marketing dollars to attract ‘Buckeyes’ to bet but the choice for consumers will be so much wider than anywhere else in the US.

Disruptive brands such as Betr, from YouTube star Jake Paul, offering the instant gratification of microbetting on every possible moment, will be available as an alternative. Will the next play be a run or a pass? Will the next drive be a touchdown, field goal, punt or turnover or will the next at-bat be a single, double, triple, home run, walk, or out?

The opportunities are endless and Ohioans will be one step ahead of other states when it comes to how and what to bet on.

Pennsylvania, previously in the top five of the Bonus Index, dropping to 17th in our most recent analysis, collected $793m in betting revenue in January 2022. It only has one million more adults than Ohio, the seventh most populated US state, meaning the state’s revenue potential is enormous.

In addition, Ohio bettors have shown a growing appetite for betting and gaming with latest figures from the state’s Casino Control and Lottery commissions showing a rise in land-based casino and racino figures, with its combined 11 facilities reporting $188.6m in revenue in September.

Research from BonusFinder.com carried out in December this year found that Ohioans passion for, and engagement with sport is among the highest in the country, with the state boasting two NFL franchises (Cleveland Browns and Cincinnati Bengals), NBA playoff hopefuls, the Cleveland Cavaliers, two teams in the Major Baseball League (Cleveland Guardians and Cincinnati Reds) and Columbus Blue Jackets playing in the NHL.

Our survey of 1,001 Ohioans found that almost 20% more people were fans of college football team, the Ohio State Buckeyes (45.5%), than NFL franchise the Cincinnati Bengals (26.6%), while 20% said their partner supporting the same team as them is more important than their political beliefs.

The state also boasts some of the greatest US sporting heroes of all time. Asked to select their greatest local heroes, more than a third (35.8 per cent) told us their sporting icon was Ohioan LeBron James followed by legendary athlete Jesse Owens (14 per cent) and Pete ‘Charlie Hustle’ Rose, member of the infamous Cincinnati ‘Red Machine’ team that dominated 1970s baseball.

The Browns or the Bengals may not be favorites for the SuperBowl but all the right pieces are in place for Ohio to become the best online betting consumer state in all the US and its timing could not be better.