US – Intralot feeling connected at Thistledown 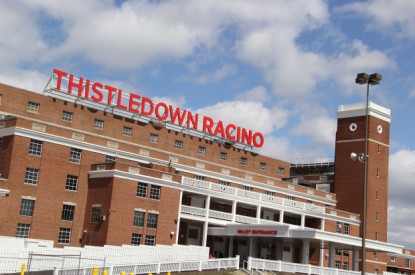 During the first day of Thistledown Racino’s operation, Intralot’s monitoring system handled millions of game plays, while an overflow crowd of players visited the venue and played the VLT games.

It was awarded the contract in October 2011 to supply the Ohio Lottery with its cutting-edge Video Lottery Terminal (VLT) Electronic Monitoring System for a period up to approximately eight years to run concurrent with the online contract, following an initial record-setting two-year operations contract with the Ohio Lottery and another two year renewal of that contract signed in June 2011. Thistledown Racino has become Ohio’s second Racino joining Scioto Downs, which opened in Columbus and was connected to INTRALOT’s video lottery monitoring system last June. Ohio’s five remaining Racinos are expected to open and connect to Intralot’s VLT monitoring system within the next two years.

Ohio Lottery Commission by Lottery Director, Dennis Berg, said:  “I am very pleased with the successful launch of the Thistledown Racino this past Tuesday which is our second of seven Racinos to open in Ohio.  The Racino commenced sales with 1,091 VLTs connected to our central monitoring system which is operated by our gaming system vendor Intralot. We are pleased from an operational standpoint that the opening day event went without any technical difficulties and Thistledown had a steady stream of players throughout the evening.”

Intralot USA President and CEO, Mr. Tom Little, stated: “We are extremely pleased with the successful launch of the Thistledown Racino.  It is yet another significant milestone in our continued partnership with the Ohio Lottery to mutually increase State revenue and further benefit the citizens of Ohio.”