US – Iowa sportsbooks up from December 2020 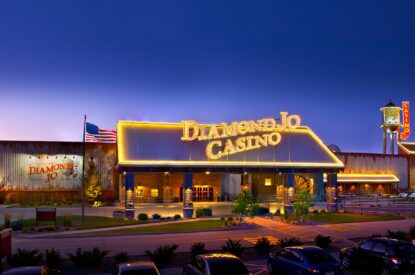 Iowa sportsbooks ended 2021 by extending their hot streak to four months, generating more than $13m in revenue on nearly $270m in bets in December. The near-record action capped a year in which the growth at Iowa sportsbooks exploded with the dismissal of in-person online registration rules, spurring $2bn in wagers in 2021, according to PlayIA, a leading source for news and analysis of the Iowa gaming market.

“Bettors have more time and more opportunity to place a bet in December than most any other month,” said Eric Ramsey, an analyst for the PlayUSA.com Network, which includes PlayIA.com. “Football and basketball seasons overlap, and Iowa and Iowa State have played well in both sports, which creates enthusiasm. Plus, sports fans take time off around the holidays, and college bowl games are played every day of the week.”

In December, bettors poured $266.5m in wagers in Iowa’s online and retail sportsbooks, up 154.3 per cent from $104.8m in December 2020, according to official data released Friday. December’s wagers fell short of the record $287.2m wagered in November, as the volume of betting slipped to $8.6m per day over the 31 days of December from $9.6m per day in November.

December closed the book on a remarkable year, which started with the end of in-person registration requirements at online sportsbooks. That set the stage for explosive year-over-year growth. In 2021, Iowa sportsbooks generated $2.04bn in online and retail wagers, up 255 per cent from $575.2m in 2020. That will likely place Iowa 10th among legal sports betting jurisdictions in the US.

“Significant growth would have come regardless of the registration rules, but the rollback of in-person requirements ultimately was rocket fuel for Iowa’s sportsbooks,” said Russ Mitchell, lead analyst for PlayIA.com. “Iowa’s market hasn’t reached maturity either. Sportsbooks continue to expand their reach to new customers as potential bettors become more comfortable with the idea of legal sports betting. And as Iowa bettors become more familiar with diverse forms of betting such as in-game wagering, the market should continue to grow.”

In December, Caesars took its familiar position atop the online market with $90.1m in wagers, which yielded $3.6m in net receipts. DraftKings was No. 2 with $72.3m in online wagering, producing $3m in revenue.

Bettors found an overwhelming amount of football and basketball to bet on in December. Not only was there a full month of NFL and NBA games to bet on, but college basketball drew significant action, too. To that end, Iowa State went undefeated in its six games, including a win over Iowa, to extend the Cyclones’ surprising start. Iowa basketball played six games, too. And Iowa State played Clemson in the Cheez-It Bowl, while Iowa awaited its Citrus Bowl matchup with Kentucky on 1 January.

“No marketing push from an operator can compare to the enthusiasm that a hot local team can create, and the football and basketball programs at Iowa and Iowa State have had significant success over the last four months,” Mitchell said. “Sportsbooks have benefitted mightily, spurring four months of records to end what was already a great year for the industry.” 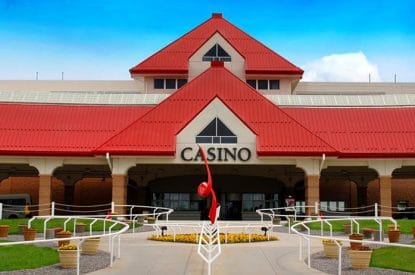 US – Caesars deal to take Tipico into Indiana and Iowa 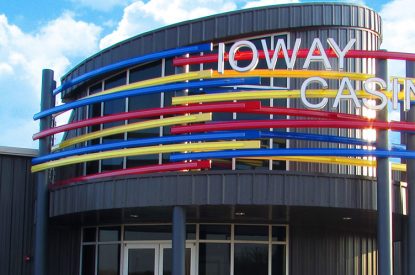