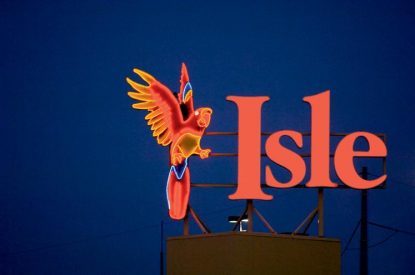 Isle of Capri Casinos has made a series of management changes, including eliminating the position of Executive Chairman of the Board of Directors, currently held by Jim Perry.

Isle’s Chief Executive Officer, Virginia McDowell said, “Through our ongoing profit improvement program, we continue to streamline our operations and look for more efficient ways to operate our business. In addition to eliminating the Executive Chairman and Chief Strategic Officer positions, we have also today eliminated several other senior positions in our corporate office. As a result of these actions, we expect to reduce annual corporate expense by approximately $2.5m going forward, exclusive of severance costs.”

Mr. Hausler brings approximately 15 years of financial and gaming industry experience to his new role at the Company and as Chief Financial Officer will oversee all of the Company’s financial and accounting affairs. He will also continue to oversee the company’s strategy and development activities. Mr. Hausler joined Isle in 2009 as its Senior Vice President, Strategic Initiatives.

In 2011 he was named Chief Strategic Officer. Prior to joining Isle, from October 2006 to August 2009, Mr. Hausler served as Senior Vice President of Development for Trump Entertainment Resorts, Inc. Prior to that, Mr. Hausler was a managing director in fixed income research at Bear Stearns & Co. Inc. where he covered the gaming, lodging and leisure industries. Mr. Hausler joined Bear Stearns in late 1999 as an associate in equity research covering the gaming, lodging and leisure industries and also held positions at Deutsche Bank Securities, Inc. and Susquehanna Financial Group LLLP.