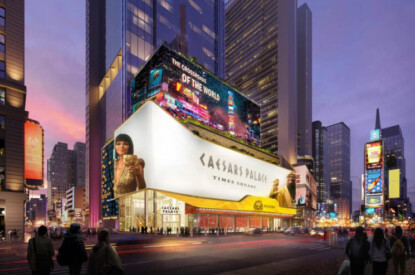 Roc Nation, the full-service entertainment agency founded by JAY-Z, will be the official entertainment partner of SL Green and Caesars Entertainment in their bid for a new, state-of-the-art gaming facility at 1515 Broadway in Times Square.

The partnership brings together three best-in-class organizations – New York’s largest owner of office properties, the nation’s leading gaming company and the world’s preeminent entertainment company – to deliver a crucial plan for the world’s top tourist destination. As a partner in the project, Roc Nation will help revitalize Times Square by partnering with neighborhood organizations to re-imagine programming in the district’s famous “bow tie.”

“New York is a beacon, the epicenter of culture. We have the opportunity to create a destination at the heart of Times Square, the true crossroads of the world,” said Shawn “JAY-Z” Carter. “My partnership with SL Green and Caesars, this coalition, has all the promise and commitment to economic opportunity, growth and enrichment for the community, and everyone who visits the Empire State.”

“There’s no better partner than JAY-Z and Roc Nation to help Caesars Palace Times Square ensure that Times Square remains a global entertainment hub and an economic engine for New York,” said Marc Holliday, Chairman & CEO of SL Green. “Together, we will bring the nearly 130 million annual pedestrians a stronger and more exciting Times Square to visit, reunifying the bow tie around a new set of innovative programming that will appeal to New Yorkers and tourists.”

“We are thrilled to have Roc Nation and JAY-Z join our partnership to bring Caesars Palace to Times Square. They are one of the most pioneering entertainment groups in the world, with New York embedded in their DNA,” said Tom Reeg, CEO of Caesars Entertainment. “Times Square has been the heartbeat of American Entertainment for over a century. Through our shared vision, we will build a world-class destination specifically designed to complement and elevate today’s Times Square experience, ensuring it remains a magnet for visitors and a hub of creativity for years to come.” 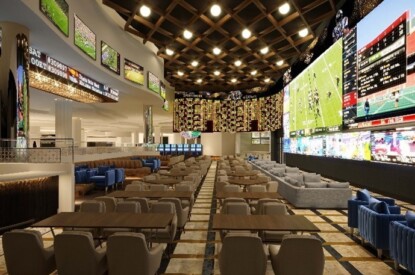 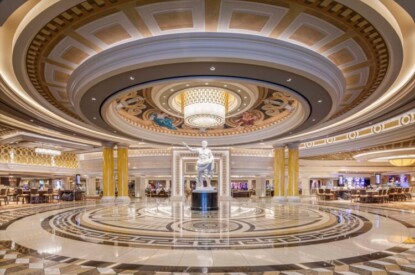 US – After its best ever month in Las Vegas, Caesars confirms it will be keeping all of its Strip casinos