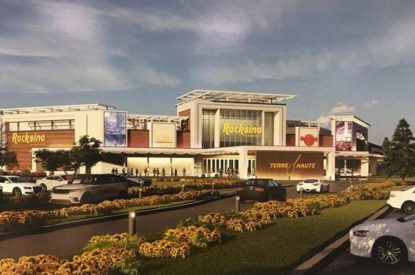 The Indiana Gaming Commission (IGC) has voted against the renewal of a gaming license for a future Hard Rock casino in Terre Haute, which has been embroiled in delays and ownership upheaval.

Gaming Commissioners have been concerned that a year and a half into the process, license holder Lucy Luck hasn’t yet employed anyone to actually run the casino, and that full funding for the project is yet to be guaranteed. The Gaming Commission said that whilst the licence had been rejected, Lucy Luck would be allowed to reapply once it had secured financing, presented financial information about its partners and appointed an appropriate structure.

Construction of the casino should have got underway in late June with the aim of being operational by autumn 2022, but the commission put off voting to renew the license, saying they wanted to see more financial information from Lucy Luck’s partners first.

Greg Gibson, Chairman of Lucy Luck Gaming, said: “The news we received today, although it wasn’t what we had anticipated or hoped for, isn’t the end of the journey. Lucy Luck Gaming has been prepared to begin construction on this project for months. We are in a position to hire our team, but at this time, we don’t have any gaming operations going on.”

“We have worked tirelessly alongside many to bring this project to the Terre Haute community. We have developed our team, our finances, and detailed our operations to secure our license. However, more importantly, Terre Haute has worked hard for this project. The citizens have worked hard for this project. I am deeply disappointed in what came from today’s meeting, and disappointed that a community who has fought and stood ready received such news. I believe in my community, and I believe in this project. As for Lucy Luck, we may reapply, but I’m not sure if we will,” he added.

“We certainly have accomplished our original goal of bringing a gaming license to Vigo County. The community can take solace in the fact that there will eventually be a gaming facility here. It truly saddens me to know that the Terre Haute license will be open for a bidding process amongst companies who will be interested in the project solely for monetary gain, and with companies who don’t know our community like Lucy Luck does. For me, this project has always been about Terre Haute; it’s been about my home community. Terre Haute deserves this casino, and I wish it could be alongside Lucy Luck Gaming.”

The Rocksino would have employed 600 people, generating $120m in its first year. It would operate 850 slot machines and 35 table games, along with a steakhouse, Hard Rock Cafe, food hall, and a 250-seat venue for live performances. 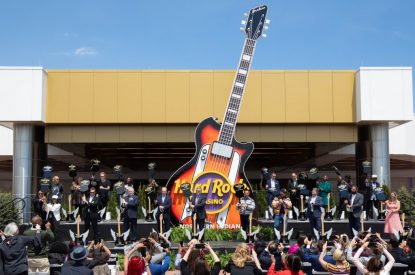 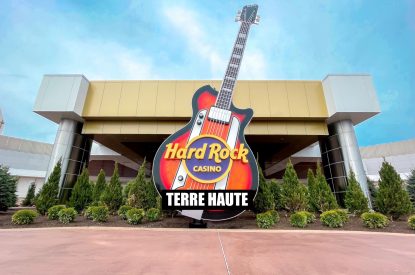