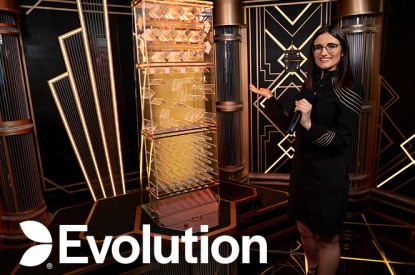 Evolution has been challenged by a US law firm, acting for an anonymous US competitor, for allegedly operating illegally in countries such as Iran, Hong Kong and Singapore. The story, originally reported by Bloomberg, details a complaint to the New Jersey Division of Gaming Enforcement on behalf of unnamed private investigators.

The complaint, which appears to confuse the creation and supply of online gaming content with operating an online casino, states that the investigators played Evolution games at Internet addresses in which online gaming is either illegal or subject to US sanctions. The complaint also claims that Evolution provides its games to unlicensed and unregulated operators.

In a statement to G3, Evolution commented as follows:

“Evolution strictly complies with all applicable laws and regulations. As a B2B-supplier, Evolution has customer relationships with gaming operators, who in turn own the relationships with the end users. Evolution does not own or control any of the operators or aggregators it works with. We have no direct relationship with the underlying player and no involvement in handling of players’ money. We sell licensed and certified games to licensed operators and aggregators. It is the operator that decides which markets to market themselves, that handle the KYC process and finally decide what players to accept.

“Generally, online gaming operators are licensed in a limited number of jurisdictions while some operate in a global market and allow play from various geographic areas over the internet. We use all tools at our disposal to block play from certain countries, including all countries on sanction lists mentioned in the article.

“In countries where a local license is available to operators we require operators that market themselves directly to that country to have a local license. Evolution holds B2B-supplier licenses in over 40 jurisdictions and we have long history of working with regulators all over the world.”

While at face-value the case appears to have little merit, news agencies such as Reuters and Bloomberg have reported stock falls as a result of the story have affected Evolution to the tune of US$3bn.