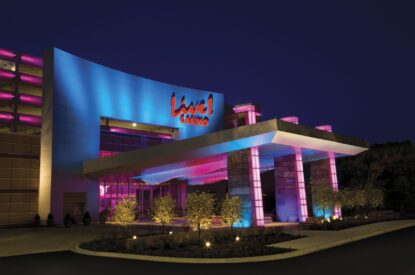 Live! Casino & Hotel Maryland today celebrated its 10th anniversary with a press and VIP event which included major announcements and guest speakers. To mark the occasion, Live! Casino & Hotel Maryland hosted an event at The HALL at Live!, which included invited guests, media, elected officials, Cordish executives, Live! Team Members, and community members, all celebrating the property’s impact and contributions to the state over the last ten years.

David Cordish, CEO of The Cordish Companies, opened the event with a reflection on the lasting impact that Live! Casino & Hotel has made on the state of Maryland through revenue generated, community service, and employment. Cordish shared with the nearly 80 attendees what the future has in store, including ongoing reinvestments into the communities they serve. The event also included remarks and citations from Deputy Secretary of Commerce Signe Pringle, County Executive Steuart Pittman, and Senator Pamela Beidle.

“10 years ago, we built Live! Casino Maryland and have since added 11 restaurants, a poker room, luxury hotel, state-of-the-art entertainment venue and a FanDuel Sportsbook, and more, said David Cordish, chairman & CEO, The Cordish Companies. “We have created three major casinos within The Cordish Companies, but Live! Casino & Hotel Maryland our flagship property and sets the standard for all others. Celebrating this momentous occasion with the community members who have supported us throughout this last decade has been a true point of pride for me and my family and we look forward to a very exciting future.”

Rob Norton, President of Cordish Gaming Group, announced at the event that Live! would commit $1 million to Anne Arundel Community College for a Hospitality Scholarship Program, giving $100,000 in scholarship funds to students each year, for the next 10 years. This was commemorated with a check presentation made to Dr. Dawn Lindsay, President of Anne Arundel Community College.