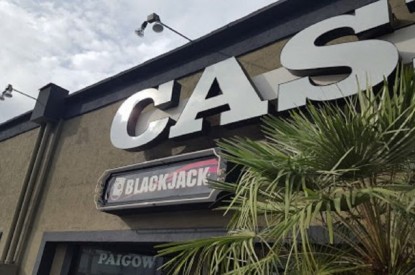 The Lucky Lady Card Room in San Diego has had its license revoked in response to a 2016 allegation that illegal bookmaking operations were being run out of the cardroom.

California Attorney General Rob Bonta has confirmed the settlement of the case against Lucky Lady Card Room. Under the terms of the settlement, the cardroom owner’s gambling license will be revoked, and he will pay $125,000 in penalties and $50,000 to reimburse the California Department of Justice for its costs of investigation and pursuing the case. In March 2020, Lucky Lady closed because of COVID-19, and will now remain closed permanently.

“Anyone who gambles knows there are rules to every game,” said Attorney General Bonta. “And when you don’t play by the rules, you pay the price. Today, a San Diego cardroom is closed because its owner chose to operate outside of California’s laws, and allow an illegal sports betting operation to be run out of his business. When a person decides profits are more important than the law, we must take action and enforce the law.”

In 2016, on the heels of a federal indictment the previous year involving other San Diego-area cardrooms, the San Diego Police Department and FBI started an investigation which led to the Lucky Lady. The sole owner of the 11-table cardroom, along with several others, were indicted by the U.S. Department of Justice for operating a sports betting operation out of the cardroom. As a result, the California Department of Justice’s Bureau of Gambling Control (BGC) filed an accusation against the cardroom’s sole owner and issued an emergency order that included reporting requirements, hiring an independent manager, and removing the owner from the cardroom’s operations. The BGC reached a settlement with Lucky Lady’s owner, which was approved today by the California Gambling Control Commission.

The BGC works to ensure that gambling in California is conducted honestly, competitively, and free from criminal and corruptive elements. As part of its work, the BGC conducts ongoing compliance inspections of gambling operations and establishments throughout the state and reviews and approves the rules of games and gaming activities in all California cardrooms before they are offered for play.