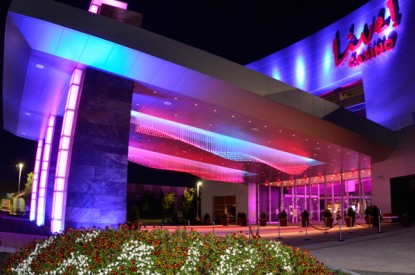 The Cordish Companies’ Maryland Live! Casino is celebrating the start of 2016 firmly positioned as one of the top performing casinos in the country with total gaming revenue of $629,732,519 for the past year.

“We couldn’t be more pleased with our year-end results, which reflect a high level of customer satisfaction and loyalty, and a real validation of our continued reinvestment in the property,” said Robert J. Norton, President, Maryland Live! Casino. “We’re proud of our accomplishments and all of our Team Members, who continue to demonstrate an unwavering commitment to making Maryland Live! one of the premier gaming and entertainment destinations in the country.”
The casino invested more than $40m in new capital projects in 2015 to enhance its award-winning facility, including the addition of Morty’s Deli; a completely upgraded high-limit lounge; and the addition of new and exclusive benefits to its customer rewards program.

Maryland Live! Casino welcomes more than 10m visitors per year. Due to its success, the State receives close to $1M per day in taxes from Maryland Live!, including gaming, property, employment, real estate, sales and use taxes, making it the highest taxpayer in the State. The Casino is also one of the largest employers in the State with approximately 3,000 Team Members.

“The Cordish Companies is proud that revenue generated from Maryland Live! Casino is responsible for 60 per cent of the casino tax revenue collected by the State and, in just three years, has also generated over $67m in local impact grants that have benefitted numerous county operational and capital programs,” continued Norton. “We look forward to Maryland Live! continuing as an economic engine to support education in the State and our local Anne Arundel County communities with funds to enhance services in the County.”

The Live! Casino brand is poised for explosive growth in 2016, with over $150 million in new capital projects slated to begin. This includes the addition of other new restaurants, casino games and attractions, such as: the expansion of the popular Asian restaurant, Luk Fu; the arrival of dealer-assist electronic table games; and the launch of the Live! Social Casino platform. In addition, development of a hotel at Arundel Mills will continue to move forward; as well as plans for a casino and hotel in Philadelphia’s Stadium District (in partnership with Parx Casino).

“Cordish is moving full steam ahead with all the new development projects planned for the coming year in Maryland, as well as Philadelphia,” added Mr. Norton. “Nothing makes us prouder than seeing how our continued investment supports the communities where we do business.”