US – MEI selected at Creek casinos 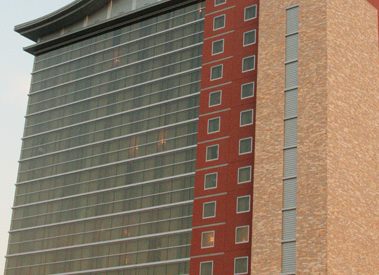 PCI Gaming, operators of Wind Creek Casino, Creek Casino Wetumpka and Creek Casino Montgomery, has made the decision to specify MEI SC Advance and EasiTrax across all new games throughout its properties.

A successful value added trial (VAT), which measured SC Advance against its competitors in key performance metrics, ultimately led to the decision.

The Creek Casino, Wetumpka AL will be the first to become 100% MEI in August. At that time, EasiTrax Soft Count will also be implemented to provide process efficiencies from the slot floor to the back room. The addition of EasiTrax to SC Advance creates a comprehensive software/hardware system that has continually proven to provide a return on investment in less than one year.

EasiTrax Soft Count funnels data collected in the acceptor head into a secure database that can be accessed to track revenue and analyse slot performance. RFID technology connects slot machine asset numbers to a specific cashbox to help eliminate hot boxes (cashboxes with notes that mistakenly omitted from the drop) and increase operational efficiencies. Operators have decreased labor associated with cash management by reducing 20-30 seconds on each cashbox during the drop process by eliminating writing, wanding and dedicated cashboxes.

Since it was introduced in 2008, EasiTrax Soft Count has been installed in over 100,000 games in the US alone. Operators can now expect more from payment systems.

“We are delighted to be partnering with PCI Gaming to help optimize their cash management process,” said MEI Senior Vice President, Eric Fisher. “We take tremendous pride on having a role that is much larger than being a supplier.

“MEI measures itself on the profitability of our customers, and we’re confident that the combination of SC Advance and EasiTrax will help PCI gaming reach its goals.”