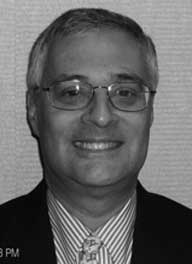 MGM Resorts International has appointed Thomas Auriemma to its Compliance Committee, which is composed entirely of independent members who are charged with the responsibility of reviewing matters of significance and providing guidance and counsel to management and the Board of Directors.

“Tom brings an enormous wealth of experience in both gaming regulation and compliance in the private sector,” said John McManus, Executive Vice President and General Counsel. “MGM has established one of the most robust compliance structures in the gaming industry, including the first to form a committee consisting solely of independent members. With Tom’s appointment we continue to ensure that the company will receive the benefit of sound advice from people with varied and distinguished backgrounds,” Mr. McManus added.

Mr. Auriemma was a gaming regulator in New Jersey for more than 28 years. After serving for more than a decade as Deputy Director for the Division of Gaming Enforcement, he was appointed in 2002 by the Governor of New Jersey as the Director of the agency, a position he held until 2007. In these roles, he served as an Assistant Attorney General for the State of New Jersey.

Mr. Auriemma’s previous experience includes serving as a Deputy Attorney General in the New Jersey Division of Criminal Justice and as the Deputy Director of the New Jersey Casino Control Commission’s Legal Division, making him one of the few individuals to be employed by both casino regulatory agencies in New Jersey.