US – MGM to open Washington office 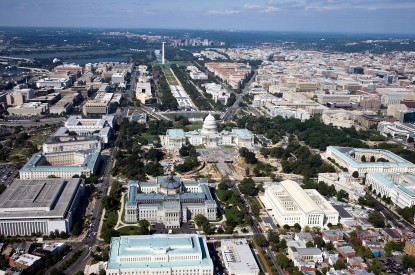 MGM Resorts International has announced plans to expand its policy footprint at the federal level.
With the opening of MGM National Harbor in Maryland and the continued expansion of the organization to over 71,000 employees in locations nationally and internationally, an expanded Washington, D.C. presence will better support the company’s overall public policy efforts.

The office will be led by Ayesha Khanna as senior vice president for federal government affairs. Khanna joins an established team that spans the country, including Norman Ross, vice president of federal government affairs, located in Washington, D.C., and Denice Miller, senior vice president of government affairs, located in Nevada. Khanna brings significant policy experience to MGM Resorts, most recently serving as chief counsel to Sen. Harry Reid. Prior to her tenure with Sen. Reid, Khanna served as international trade counsel on the U.S. Senate Finance Committee under Sen. Max Baucus. An attorney, Khanna was formerly in the Office of General Counsel at the US Department of Commerce and in private practice. The team will continue to advance MGM Resorts’ position on critical issues, such as travel, tourism and gaming.

“Today’s announcement of our Washington, D.C. office and the continued development of our talented policy team is the first of many steps we aim to take to build our public affairs capabilities and strengthen our role as a strong corporate citizen on a wide range of key issues,” said John McManus, executive vice president, general counsel and secretary.