US – MGM to redesign and rebrand Monte Carlo Resort 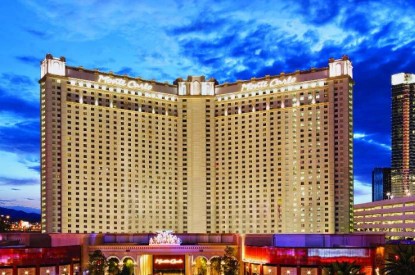 The axe is falling on Monte Carlo Resort and Casino in Las Vegas with owner MGM Resorts looking to ‘reimagine and rebrand’ the property pitching it towards a younger, more millennial crowd.

MGM is to spend $450m on transforming the venue into two distinct hotel experiences: a Las Vegas version of Sydell’s widely acclaimed NoMad Hotel, and the launch of a new luxury hotel named Park MGM.
In addition to fully redesigned and renovated hotel guest rooms, each hotel will feature innovative and exciting food & beverage experiences unique to the Las Vegas market, including the award-winning NoMad restaurant by Chef Daniel Humm and restaurateur Will Guidara and Eataly’s vibrant Italian marketplace with cafes, to-go counters and full-service restaurants interspersed with high-quality products from sustainable Italian and local producers. Park MGM and

The NoMad Las Vegas become the final pieces of MGM Resorts’ complete neighborhood redesign of the central Las Vegas Strip neighborhood which began in 2009 with the introduction of CityCenter and saw the recent unveiling of The Park, a spectacular outdoor dining and entertainment district, and the stunning new T-Mobile Arena.

MGM has charged New York-based Sydell Group with the task of reimagining and rebranding Monte Carlo Resort and Casino. The transformation will touch every element of the property. Sydell Group, a partnership between investor Ron Burkle and founder Andrew Zobler, is the creator and operator of trend-setting lifestyle hotels across the country, including The NoMad in New York; The Line in Los Angeles; and Freehand in Miami andChicago. Sydell will collaborate with MGM Resorts on the property-wide transformation of all public and guest spaces, including the food & beverage offerings, of both hotels. A prominent feature among Sydell Group’s portfolio of properties is the restoration and reimagination of historic buildings into unique hospitality experiences, alongside award-winning food & beverage.

Bill Hornbuckle, President of MGM Resorts International, said: “We are thrilled to partner with Sydell Group as we enter the final phase of transforming the neighbourhood that we believe represents Las Vegas’ true entertainment epicentre. Coupling MGM’s rich legacy of hospitality and entertainment with Sydell Group’s expertise in creating hotels that cultivate a strong sense of place will result in a destination that both celebrates the history of Las Vegas and ushers in a new era.”

Andrew Zobler, Founder and CEO of Sydell Group, added: “The collaboration between MGM Resorts and Sydell felt very natural for both NoMad in Las Vegas and Park MGM. MGM is the preeminent operator of casino resorts and has extensive expertise leveraging unique guest experiences across properties with great scale. Sydell Group has a growing collection of brands focused on authentic offerings, a residential feel and the ability to connect with like-minded collaborators at the forefront of design and food & beverage. Together, we have been able to meld these approaches into a property that will have real soul.”

Mr. Hornbuckle added: “We are particularly excited that this partnership also allows us to expand the new Park MGM brand into traditional hospitality ventures in key gateway cities.”

Park MGM is a new concept by MGM and Sydell, conceived to target a younger, well-travelled demographic seeking unique experiences and innovative design. Park MGM will appeal to this growing audience’s desire to be more social, connected and culturally aware.
The design of Park MGM, an approximately 2,700-room luxury resort, will build upon the property’s history, incorporating its European design influences while retaining a powerful connection to The Park just next door.

Park MGM’s design will reflect a residential feel signature to Sydell Group hospitality experiences, but not yet introduced in Las Vegas. Working with talented British designer Martin Brudnizki, Sydell Group and MGM will transform the resort’s public areas with a beautiful and casually elegant design. Clean lines will define the architecture of each space, combined with classically inspired European furnishings and a robust art program, which is core to both companies’ design philosophies. Park MGM’s expansive food & beverage program, featuring a full-scale Eataly marketplace, will bring interesting new talents to Las Vegas with concepts custom tailored for the design and ethos of the resort.

With its unrivalled central location, Park MGM will offer guests direct access to what is quickly becoming the city’s premier entertainment district, featuring T-Mobile Arena and The Park, as well as the previously announced Park Theater, a 5,300-seat, $100 million entertainment venue, opening later this year.

Nicola Farinetti, CEO of Eataly USA, said:”We are very excited to bring the first Eataly to the Southwestern United States. Las Vegas will be an entirely new scene for us – we look forward to adding our Italian food, drink and culture to the energetic mix of this iconic American city, thanks to our collaboration with Sydell and MGM Resorts.”

Since opening in 2012, NoMad’s New York flagship has earned many accolades for its thoughtful restoration of a turn-of-the-century Beaux-Arts building into a beautiful hotel that fuses the traditions of Europe’s grand hotels with a modern approach to service. The NoMad Las Vegas will draw upon the success of the original, with a distinctive luxury experience that complements the Park MGM experience. The NoMad Las Vegas will offer a complete hotel experience, including 292 guestrooms and suites, a dedicated drop-off, lobby, and swimming pool as well as NoMad gaming, eating and drinking experiences. Sydell Group will once again team up with Chef Daniel Humm and restaurateur Will Guidara, the creative and culinary forces behind The NoMad restaurant in New York and Eleven Madison Park, one of the only restaurants in the country to receive 3 Michelin stars and the only restaurant in America in the Top 10 of the San Pellegrino list of the world’s best restaurants. The NoMad Las Vegas design will be a collaboration between Sydell Group and legendary French designer Jacques Garcia, the visionary behind Parisian hotels such as Royal Monceau and Hôtel Costes.

Will Guidara said, “Daniel and I are thrilled to be bringing what we do at The NoMad to Las Vegas. We love creating fun and memorable experiences for the people who walk through the doors of our restaurants, and we can’t imagine a more perfect place to do it than in a city whose very foundation has been built around doing exactly that.”

The partners anticipate spending the coming months in design and development around the resort’s transformation and will share further details as they become available. Construction at Park MGM and NoMad Las Vegas is expected to commence in late 2016 and conclude in late 2018.