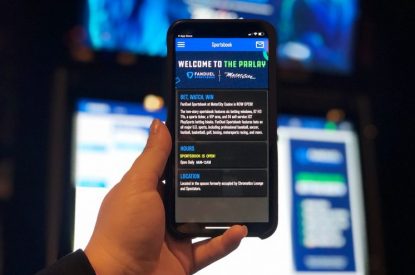 Michigan ‘s online sportsbetting sector will launch imminently with sportsbetting operators believing it could be a bigger market than New Jersey.

Michigan Gaming Control Board Executive Director, Richard Kalm said: “We’re close to authorising the launch and the go-live date. It could happen at the end of this week or the beginning of next week.”

Of the commercial casinos, Greektown Casino has partnered with Barstool Sportsbook, MGM Grand Detroit will use BetMGM whilst MotorCity has teamed up with FanDuel.
In tribal gaming, Mills Indian Community will use DraftKings, Little Traverse Bay Bands of Odawa Indians has opted for FOX Bet, Lac Vieux Desert Band of Lake Superior Chippewa Indians has gone for PointsBet and Grand Traverse Band of Ottawa and Chippewa Indians has signed up with William Hill.

Michigan has one of the lowest taxation levels on sports betting in the United States with an 8.4 per cent state tax on revenue. The same tax will be applied to online sportsbooks, with taxes on online casino gaming ranging from 20 to 28 per cent depending on the total revenue generated.

DraftKings’ North American President Matt Kalish said: “We’re ready to go. It won’t take long. In Illinois we were live hours after getting the green light. We’re really excited. Michigan is one of the best markets in the country from a sports standpoint, they have not only great pro teams but also a really vibrant college sports atmosphere with tremendous fan bases. The Michigan Gaming Control Board is running a world class operation. They want to make sure that consumers in Michigan are protected.”

Mike Raffensperger, Chief Marketing Officer of FanDuel, added: “Michigan is extremely exciting from a marketplace perspective. The legislation and the regulation, I think was done really intelligently. It created a good mobile online sign up, it has a sustainable tax rate, and it’s a good open competitive market. We think it could be a bigger market place than New Jersey. Given the nature of the state of Michigan, the population, the gaming apparatus it has with casinos.”
FanDuel has had a bricks and mortar sportsbook at Motor City Casino in Detroit for the past few months.

Mr. Raffensperger said: “It’s already our second biggest sportsbook in the country, second only to the Meadowlands, which is right outside of New York City.”