US – Moulin Rouge to reopen in Downtown Las Vegas 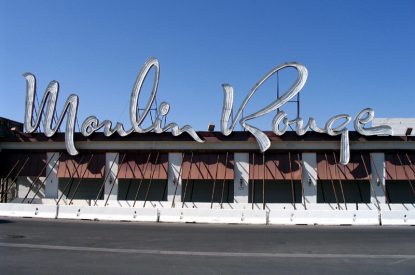 GCA Leisure is to reintroduce the Moulin Rouge to Las Vegas, Nevada and restore the famed resort and casino to its glory, updated for the 21st century.

GCA Leisure has extensive plans to develop a new and vibrant Moulin Rouge Resort and Casino on more than 15 acres of this landmark ground, promising to be one of the premier entertainment, hotel, dining and gaming destinations in Las Vegas. The project also will include online and mobile gaming, music and film recording venues, a digital content creation facility and an institute of learning.

“The Moulin Rouge will be an integral part of the Las Vegas resurgence and Downtown development,” said Robert Pickus, chief executive officer of GCA Leisure. “It will offer a comprehensive, must-see experience in a boutique package — authentic, original and compelling for its history and its future.”
The GCA Leisure team is comprised of casino industry and Wall Street veterans with decades of experience in developing and executing complex projects.

“GCA Leisure has been actively involved in this historic project for more than two and a half years, resolving numerous legal, title and regulatory issues,” said George Dolatly, managing director and general counsel of GCA Leisure. “Now, we are honored and well-positioned to bring this project to the next level as we continue to move forward in reviving and modernizing the Moulin Rouge.”

GCA Leisure is currently in discussions with several potential partners for the Moulin Rouge.
Dan Rubino, chairman of GCA Leisure, stated: “We are excited to invite and welcome entertainment, sports and technology industry leaders who share the vision for this symbol of equality, inclusion and unity, and who wish to participate in something extraordinarily positive and compelling.”

When it opened in 1955, the Moulin Rouge was the first racially-integrated casino in the United States. It was home to such luminaries as Sammy Davis Junior, Ella Fitzgerald, Nat King Cole, Lionel Hampton, Harry Belafonte, Duke Ellington, Pearl Bailey, Count Basie and Louis Armstrong, who performed at venues on the Las Vegas Strip but were not allowed to socialize or stay there. The Moulin Rouge marked a new beginning for Las Vegas, and it became an instant sensation, drawing entertainers, celebrities and patrons from all walks of life and all regions of the country, regardless of colour.

As the only entertainment site in the United States recognised on the US National Register of Historic Places for its significance to the Civil Rights Movement, the Moulin Rouge is a piece of history – one that cannot be replicated anywhere in the world.