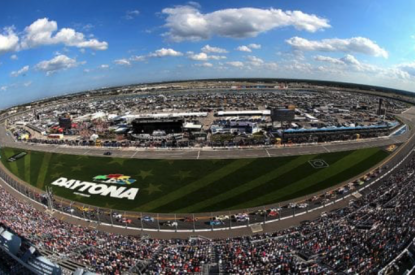 NASCAR and Penn Interactive, a subsidiary of Penn National Gaming, has announced a new multi-year partnership that will make Penn National an authorised gaming operator of NASCAR in the United States. The partnership is Penn National’s first with a professional sports league and will centre around a brand new, free-to-play, mobile game named NASCAR Finish Line, which offers users the chance to win a $50,000 jackpot every race.

In addition, NASCAR and Penn National have extended their long-standing race title sponsorship for the “Hollywood Casino 400” at Kansas Speedway through 2026, deepening the connection between the two entertainment companies. The partnership furthers Hollywood Casino’s position as the Official Casino Partner of Kansas Speedway and the race title sponsor of the NASCAR Cup Series race that this year is scheduled for October 18, 2020.

“We’re thrilled to have Penn National on board as our first authorised gaming operator to strengthen our effort to increase fan engagement with a platform perfect for in-play experience,” commented Craig Neeb, Executive Vice President, Innovation, NASCAR. “Coupled with our landmark deal with Genius Sports in 2019, this partnership also positions NASCAR to take advantage of the rapid expansion of legalised sports betting across the country.”

“We are very excited to enter this long-term, strategic partnership with NASCAR,” added Jennifer Weissman, Chief Marketing Officer for Penn National. “We look forward to the opportunity to provide NASCAR fans multiple outlets for their fandom, including online on a new free-to-play mobile game and at our destination casinos and sportsbooks.”

The free-to-play NASCAR Finish Line mobile game will be available ahead of the Daytona 500 across iOS and Android phones and tablets and can be downloaded on the App Store and Google Play store. Players can win the $50,000 jackpot by accurately predicting the race winner and the highest finishers across six different groupings of six drivers.

Penn National is the nation’s largest regional gaming operator with 41 facilities in 19 states, including the Hollywood Casino at Kansas Speedway that overlooks Turn 2 of the Speedway, which opened in 2012. The partnership with NASCAR reflects the Company’s strategy to continue evolving its business, with a focus on becoming a best-in-class omni-channel provider of retail and online gaming and sports betting entertainment. As part of that strategy, Penn National recently announced an exclusive gaming partnership with Barstool Sports to utilise its brand for all of the Company’s online and retail sports betting and iCasino products, subject to the closing of the transaction, which is expected to occur within the First Quarter.

As an authorised gaming operator of NASCAR, Penn National will take an active role in promoting NASCAR across its properties and on its soon-to-launch sports betting app. Genius Sports, NASCAR’s exclusive provider of NASCAR data to licensed sportsbooks, rolled out several new in-race bet types in 2019 and is set to expand upon that with an additional eight in time for the 2020 NASCAR Cup Series season.

Last year, NASCAR announced a series of partnerships to prepare the industry and its fans for the rapidly growing sports betting landscape in the U.S., including an integrity deal with Sportradar, an exclusive data distribution deal with Genius Sports, and content deals with Action Network and VSiN. Additionally, the sanctioning body granted all teams and tracks the ability to sell marketing sponsorships to sports betting companies and licensed sportsbooks.