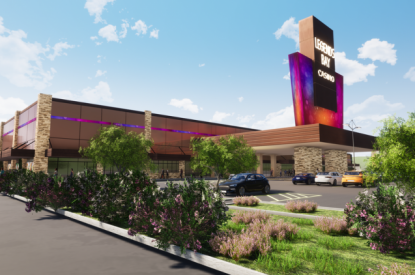 The Nevada Gaming Commission has given its final approvals for the $120m Legends Bay Casino allowing operator Olympia Gaming to open the venue in August.

It will become the first new casino in Reno since the opening of Silver Legacy in Downtown Reno in 1995.

The final approval comes just over two weeks since the Nevada Gaming Control Board gave its recommendation for the approval of the licence.

DeCourcy Graham, Olympia Gaming’s chief operating officer, said: “We deeply appreciate the support of the Nevada Gaming Commission throughout this process and are excited to open later this summer.”

Court Cardinal, regional president of Olympia Gaming, added: “We can’t wait to not only bring 300 new and rewarding jobs to the community but also to introduce next-level gaming, dining, and entertainment experiences to the Reno-Sparks area. We encourage people who are looking for a wonderful new job opportunity to get a head start by applying online at legendsbaycasino.com to join our team.”

Legends Bay will be integrated into the existing The Outlets at Legends shopping center, an open-air shopping, dining, and entertainment destination next to Sparks marina.

The original project in 2007 was axed during the recession and then again fell short due to the pandemic.

Developer Garry Goett, of Olympia Companies, added: “This is a northern Nevada casino and we used northern Nevada interior designers for the project. I think they’ve done a wonderful job in bringing the contemporary and sophisticated to the casino, at the same time retaining a strong feeling of northern Nevada.”