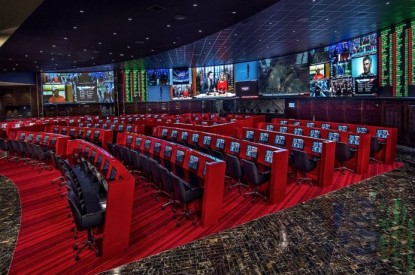 The Nevada Gaming Commission has approved William Hill’s takeover of CG Technology in a move that will give the British sports betting operator the right to operate sports books at the Venetian Las Vegas, Palazzo, Tropicana Las Vegas, Cosmopolitan of Las Vegas, Palms, and Silverton.

William Hill CEO Joe Asher said: “There are some things we will do a little differently. We just wanted to get the finish line. We’ve invested millions into sportsbooks in this state.”

Chairman of the Nevada Gaming Commission John Moran Jr. said of CG Technology, who incurred fines of $9m since 2014: “CG will be gone and take some of that baggage with them.”

William Hill is also closing in on another 11 Nevada sportsbooks, including nine located on or near the Strip, owned by Caesars Entertainment, who is being bought out by one of William Hill’s partners Eldorado Resorts.

The deal also includes CG’s operations at the Atlantis on Paradise Island.

Mr. Asher, who worked for CG previously called Cantor Gaming until 2007, said at the time of the deal: “We are pleased to have reached this agreement. This will allow us to expand our Las Vegas footprint to several marquee resorts. We look forward to working with our new casino partners and transitioning CG Technology’s retail and mobile customers to our award-winning offering.”

Parikshat Khanna, CEO of CG Technology, also commented: “We are happy to reach an agreement for the sale of the race and sports book assets of CG Technology to William Hill and look forward to a seamless transition for our loyal casino partners and customers.”