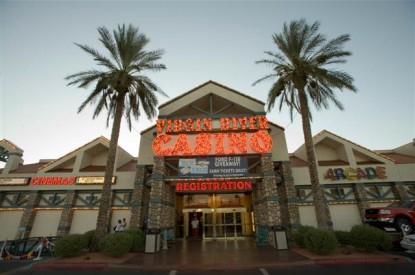 Less than a week after Aristocrat’s Tarzan Lord of the Jungle video slot game’s jackpot hit for an amazing $959,961.43 in Las Vegas, the top jackpot has hit in Nevada again, this time for $260,017.78 at the Virgin River Hotel/Casino/Bingo in Mesquite.

Kimberly Ball was visiting Mesquite from Cedar City, Utah, when she swung into Virgin River Hotel/Casino/Bingo for a day of fun, and had a life-changing encounter with Tarzan.

“When we were creating Tarzan Lord of the Jungle, our goal was to give players a game they would love to play, and to give operator a game with frequently hitting and achievable jackpots that would keep players coming back to the casino. We are thrilled to say Tarzan Lord of the Jungle is performing even better than we anticipated,” said Aristocrat VP of Gaming Operations Dallas Orchard.