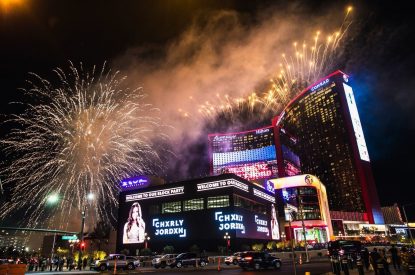 Fuelled by the return of live entertainment and one-off sporting events, Nevada’s casinos enjoyed the best month in their history in July with revenues surpassing the $1bn mark for the fifth successive month and the Strip generating its best ever month. July 2021 surpassed the previous record for Nevada set in May of $1.23bn whilst the Strip’s total surpassed the $696.1m won there in February 2013.

Figures published by the Nevada Gaming Control Board confirmed that the state’s casinos produced $1.36bn in GGR, up 80 per cent from July last year, with Clark County generating win of $1bn for the second consecutive month. The figures were even more spectacular considering international tourism is low to non-existent whilst domestic travel is still well down.

Michael Lawton, senior research analyst for the Nevada Gaming Control Board, said: “July was a perfect storm for gaming win in terms of special events, the month having five weekends, Resorts World’s first full month of operations and a very unusual baccarat month with high hold and increased play from international guests. This of course is in addition to the contributing factors we have discussed in previous months which include demand, return of leisure travel and healthy consumers due to stimulus.”

Visitation to the Asian-fused Resorts World helped drive high-end baccarat play with revenues from the game coming in at $160.1m, an increase of 107.3 per cent on July 2019’s figures.

Whilst July is traditionally a quieter month for Sportsbooks, it was still the best July in Nevada’s betting history. July’s events included a concert by country music’s Garth Brooks at Allegiant Stadium, along with UFC 264 on July 10, featuring Conor McGregor versus Dustin Poirierb as well as the CONCACAF Gold Cup at Allegiant Stadium, played on August 1, between Mexico and the US.

Visitation to Nevada for the month came in at 3.3m, up 11.2 per cent than June, but still down 10.4 per cent from July 2019, whilst hotel occupancy reached 79 per cent in July with an 88.1 per cent occupancy rate at the weekends.

Macquarie Securities gaming analyst Chad Beynon said July’s record breaking revenues were even more impressive as they came with ‘with little to no convention or group business.’

“We believe any revenues from group and convention in 2021 is considered ‘gravy’ for the numbers,” Mr. Beynon said. “Given the convention slate, we believe the demand will be there (in 2022) should COVID permit the schedule.”