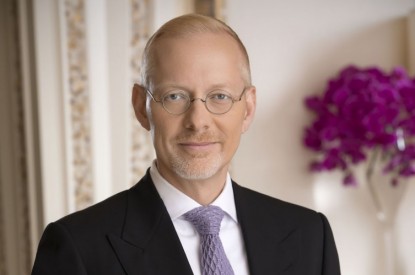 Wynn Resorts has announced that Brian Gullbrants will assume the position of President of Encore Boston Harbor.

Mr. Gullbrants will replace Robert DeSalvio, who decided to step down after leading the resort for the last five years, culminating in one of the most successful casino resort openings on the East Coast. The company will also appoint two additional executives: Jenny Holaday will join Encore Boston Harbor as Executive Vice President of Operations, and Eric Kraus will join the Encore team as Senior Vice President of Communications and Public Affairs, both pending regulatory approval.

“Bob DeSalvio’s ability to partner with community leaders and elected officials, assemble a world-class team and lead them to produce and launch a project of the highest quality is remarkable. His unique talent to both manage a complicated construction process while listening to the needs of key stakeholders was essential to our success,” said Matt Maddox, CEO of Wynn Resorts. “Bob leaves Encore with a hand-selected team prepared to take on the challenges ahead. I salute him for his commitment to the project and, most importantly, his dedication to his team.”

Brian Gullbrants most recently led all hotel and food and beverage operations at Encore, working alongside Bob DeSalvio since the pre-opening phase of the resort. Mr. Gullbrants has experience as a leader at some of the top ranked hotels globally. He led the opening of the hotel at Encore Las Vegas in 2008; his role expanded to oversight of both Wynn Las Vegas and Encore hotels in 2011 as Executive Vice President and General Manager. Previous to his work with Wynn Resorts, Mr. Gullbrants spent 20 years with the Ritz-Carlton Hotel Company where he held various operational, general management and corporate executive positions. As Vice President of Operations, Mr. Gullbrants was responsible for overseeing all operational disciplines for The Ritz-Carlton Company worldwide.

Jenny Holaday will join Encore Boston Harbor as Executive Vice President of Operations, primarily responsible for all gaming and casino marketing functions. Ms. Holaday is a senior casino operations and marketing executive with extensive experience in multiple markets. She served as the senior marketing officer for all Caesars Entertainment casinos in Atlantic City, having previously held corporate leadership positions in strategic marketing and promotions at Caesars Entertainment. She served as the Senior Vice President of Marketing and later SVP of Operations at MotorCity Casino Hotel in Detroit, Michigan. There, she led the gaming, hotel, food and beverage, marketing and entertainment areas.

As Senior Vice President of Communications and Public Affairs, Eric Kraus will oversee government and community relations, public relations and philanthropy for Encore Boston Harbor. A Boston native, Mr. Kraus has extensive experience in both public service and business.