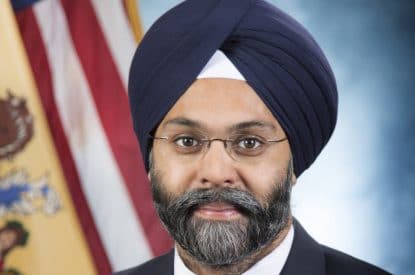 New Jersey Attorney General Gurbir Grewal has filed a lawsuit against the US Department of Justice (DOJ), alleging that it has violated the Freedom of Information Act (FOIA) by failing to provide answers in response to New Jersey’s demand for any documents linking DOJ’s recent crackdown on state-sanctioned online gaming to the lobbying efforts of casino magnate Sheldon Adelson.

“Online gaming is an important part of New Jersey’s economy, and the residents of New Jersey deserve to know why the Justice Department is threatening to come after an industry we legalised years ago,” said Attorney General Grewal. “It’s especially important that we figure out whether this federal crackdown is the result of a lobbying campaign by a single individual seeking to protect his personal business interests.”

This past January, however, the Justice Department issued a formal opinion explicitly reversing course. The opinion indicated that, starting later this year, federal prosecutors could bring criminal charges under the Wire Act against individuals and companies that offered or facilitated online gaming services—even in states, like New Jersey, where online gaming was legal under state law.

Several weeks later, on February 5, 2019, Attorney General Grewal responded to DOJ with a letter characterising the new opinion as an unfounded “about face.” On the same day, Attorney General Grewal filed a FOIA request seeking documents regarding press reports that DOJ’s decision was the result of intensive lobbying efforts by Adelson, who reportedly opposed the expansion of online gaming as a threat to his brick-and-mortar casino businesses.

In March 2019, DOJ confirmed that it had received New Jersey’s FOIA request and that it would be granted expedited processing. In its initial request, New Jersey made clear that expedited processing was particularly important for this case, given that the new DOJ opinion will go into effect on June 14, 2019.

To date, DOJ has provided no records in response to New Jersey’s request and provided no legal grounds for withholding responsive material.

Filed in US District Court in New Jersey, the lawsuit notes that an expedited FOIA request should be fulfilled within 20 days according to DOJ’s own FOIA guide. It also points out that, despite a claim by DOJ that “unusual circumstances” surrounded New Jersey’s request, DOJ has not explained such a characterisation.