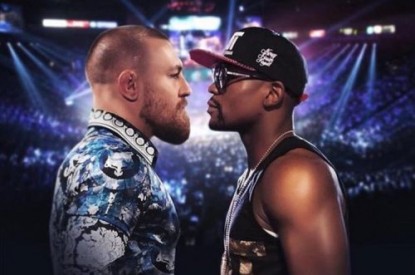 NYX Gaming Group handled record numbers of boxing bets and stakes via its OpenBet platform leading up to and during the fight between UFC champion Conor McGregor and the undefeated Floyd Mayweather on Saturday August 26 in Las Vegas.

Eighty-five percent of bets placed were in favour of Irish underdog McGregor. While the total stakes were £1 million higher for Mayweather. The average bet piled on by McGregor supporters was £20 while the smart money was placed on Mayweather with an average bet six times higher at £120.

Keith O’Loughlin, Executive Vice President OpenBet commented: “OpenBet proved again that the platform we offer to operators can scale to cover very significant spikes of business. The resilience and scalability of OpenBet allows us to smash previous records with confidence and we continuously offer our customers a great experience 24×7 when it matters most. OpenBet, our customers, punters, Mayweather and McGregor all came out winners on one of the biggest fights in history – that’s pretty unique!”

The bout was one of the most highly-viewed fights ever with PPV and TV revenue expected to have broken the $400m barrier. With the historic fight now firmly in the record books all eyes turn towards Canelo Alvarez who is set to take on middleweight champion Gennady Golovkin in the sold-out superfight showdown in Las Vegas on September 17th.