US – Oklahoma Governor raises the stakes in fight with tribal nations 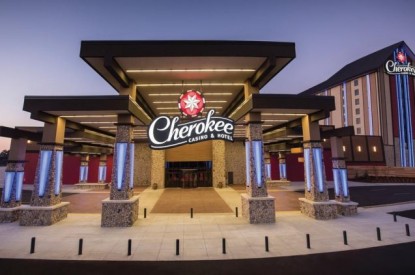 Oklahoma Governor Kevin Stitt has filed a response in federal court to the Choctaw, Cherokee and Chickasaw Nations’ lawsuit regarding the January 1, 2020 expiration date in the Model Gaming Compact, declaring once again that the tribes’ operation of Class III electronic games is no longer allowed.

The Office of the Governor will be represented by two local law firms: Lytle, Soulé and Felty of Oklahoma City and Ryan Whaley of Oklahoma City. As a result of the tribes filing a federal lawsuit against the office of the Governor on New Year’s Eve, the office chose to shift resources towards hiring experienced local counsel to represent the governor in this legal dispute.

A trust is being set up for the state to receive its share of the revenue from the tribes’ operation of the games while the matter is being litigated.

Governor Stitt said: “I have tried to protect tribal gaming, the public, and our schools. The State attempted to initiate negotiations four times since the dispute started. The tribes have repeatedly refused to even listen to a proposal. The State proposed arbitration to resolve our disagreement. The tribes refused. We offered an 8-month compact extension that preserved everyone’s legal arguments to create more time for productive conversations. All but two tribes refused.”

“I was deeply disappointed that our most successful gaming tribes, the Chickasaw, Choctaw, and Cherokee Nations, rejected the State’s desire to resolve this outside of the courtroom as well as the eight-month extension, choosing instead sue my office on New Year’s Eve. At no point had the State attempted to disrupt gaming operations,” he added. “No advantage is gained by harming tribal economies or compromising school funding while this dispute is being resolved.”

“With respect to the lawsuit, we will defend our interpretation of the compact expiration provision. The State has not authorised any electronic gaming since 2004, when Oklahoma voters approved the Tribal-State compacts. I will work to enforce that expiration term because not doing so would allow the administrative acts of unelected officials to dictate state policy and effect significant changes in state governance.

“As this lawsuit progresses, I will continue to pursue negotiations of a new gaming compact that enhances opportunities for Oklahoma’s tribes, of all sizes, to fairly compete for business to ensure that no party is adversely impacted once the court rules,” he added. “I am ready to meet with the tribes, as I have been since July. When we are all committed to listening to each other and coming together to one table, I am confident we can achieve a win-win for all 4 million Oklahomans today and well into the future.”

Stephen Greetham, senior counsel for the Chickasaw Nation, said in a statement: “We are reviewing the pleading his lawyers filed on his behalf and look forward to learning what legal basis he will claim to justify the uncertainty he has endeavored to create. Regardless of what Governor Stitt’s plan and intent might have been, his approach to the Tribes has motivated deeper and stronger inter-Tribal cooperation here in Oklahoma, and all things considered, that’s a pretty cool bright-side byproduct of his starting this ill-advised fight.”