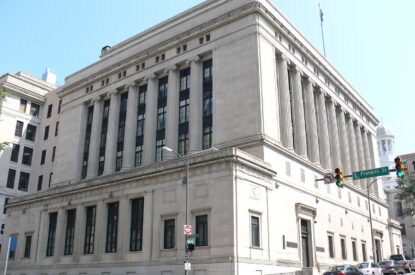 The Supreme Court received not only an appeal Petition filed by Attorney General Herring, but also received amicus or “friend of the court” briefs filed by Colonial Downs Group/Rosie’s Gaming Emporium on behalf of large out-of-state casinos and gaming interests, as well as an amicus brief filed by Virginia “Charitable” gambling in support of Herring’s effort to reinstitute the skills game ban.  Additionally, Sen. Janet Howell (D-32) of Northern Virginia and Sen. Thomas K. Norment co-authors of Senate Bill 971, the very legislation that the Greensville Circuit Court enjoined from further enforcement against the ban of skill games, also filed an amicus brief in support of Attorney General Herring’s appeal of the trial court’s ruling.

“We are gratified to have the Supreme Court of Virginia validate what we knew to be true, that the Greensville County Circuit Court got it right when it entered an injunction restoring the operation of skill games in small businesses. Hermie Sadler clearly demonstrated at trial that he is likely to win his lawsuit against the illegal and unconstitutional ban on skill games instituted by SB 971,” declared Bill Stanley of The Stanley Law Group, speaking on behalf of the legal team for Sadler. “Despite the big out-of-state casinos’ continuing efforts to eliminate small Virginia business owners’ participation in the new Virginia gaming industry, they cannot overcome the Virginia Constitution’s protection of its citizens.  The right of free speech of these Virginia small businesses when they conduct their business cannot and will not be abridged by the casinos, no matter how hard they try to manipulate public policy decisions in the halls of Virginia’s Capitol.”

“Fortunately, the courts have now ruled on two separate occasions in favor of Virginia small businesses and against this unconstitutional piece of legislation designed to benefit these out-of-state, mega-gaming companies over the small business owner.  I am hopeful that when the Virginia General Assembly convenes its Regular Session this coming Wednesday, it will find a solution that will recognize skill games’ place in the new Virginia gaming industry, and that it will now make as its priority the rights of Virginia small business owners over the needs of out-of-state gambling interests,” Stanley concluded.

Former Virginia Attorney General Anthony F. “Tony” Troy thanked the consortium of small businesses in Virginia that filed an amicus brief in the Virginia Supreme Court in support of Sadler and against the government’s position: “This group of small businesses understood the discriminatory impact of this legislation that not only denied them their first amendment rights, but also was so vague that it could not be fully understood in the first place. Small businesses have had a big win today here in Virginia.”

Hermie Sadler, the successful Plaintiff in his lawsuit against the Commonwealth of Virginia, made the following statement: “I want to thank the Virginia Supreme Court for its decision today upholding the trial court’s correct ruling halting the unconstitutional ban on skill games that operate in small businesses like mine.  Convenience stores, truck stops and restaurants throughout Virginia can now breathe a sigh of relief that they will not be deprived of an important source of revenue for their small businesses during these trying economic times.  I will continue to fight for their right to be a part of the new gaming industry in Virginia, and I call upon the Virginia legislature to do the same as they consider this issue in the next two months.”