US – Penn on course for June 2015 Plainridge Park opening 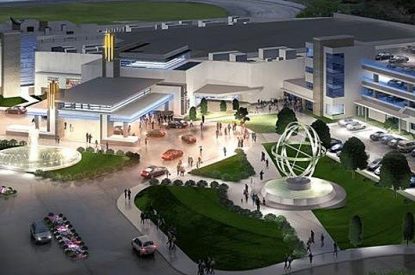 Penn National has confirmed that Plainridge Park Casino could open in June 2015 with an aggressive construction schedule planned for its US$225m slot racino.

Whilst work began in March, the gaming commission has just given preliminary approval for Penn to install slot machines in April with a permit expected by June 15.

Penn National Vice President Eric Schippers, said: “The commission’s favourable action is an important step toward creating over 1,500 new jobs and hundreds of millions worth of economic investment in the Commonwealth and stopping the flow of Massachusetts dollars from leaving the state,.”
Penn National has confirmed that Lance George, currently the General Manager of Argosy Casino Sioux City in Sioux City, Iowa, has been named General Manager of Plainridge Park Casino inPlainville, Massachusetts.

The appointment is effective May 26, 2014, and is subject to customary regulatory approvals. Mr. George, who will report directly to John Finamore, Senior Vice President of Regional Operations for Penn National Gaming, will oversee the construction, staffing and anticipated 2015 opening of Plainridge Park Casino, as well as the current and ongoing standardbred harness racing operations at the facility.

Prior to joining Penn National Gaming in 2011, Mr. George was with Pinnacle Entertainment, where he served as Vice President & General Manager of Boomtown Casino and Hotel in Bossier City, Louisiana fromDecember 2010 to August 2011, and as Vice President and Assistant General Manager of Boomtown Casino inHarvey, Louisiana from July 2009 to December 2010.

He joined Pinnacle Entertainment in February 2003 as a Database Marketing Analyst at the Belterra Casino & Resort in Indiana and held similar roles at several of Pinnacle’s properties and in the company’s corporate operations department. Prior to entering the gaming industry, Mr. George held positions at several technology companies. He holds a Bachelor of Arts degree in Communications from the University of New Hampshire.

Mr. Finamore commented, “The appointment of Lance as General Manager of Plainridge Park Casinorepresents the first major step for Penn National in building a strong local management team that will oversee the construction, staffing, start-up and opening activities at what will be the first gaming facility to open in the Commonwealth of Massachusetts. Lance’s proven management experience in regional gaming markets big and small, as well as his deep expertise in database and property marketing activities will serve him well as he builds a local team to establish Plainridge Park Casino as a leading regional gaming and entertainment destination. We also expect him to build on Penn National Gaming’s long-term history of helping to preserve live racing and the thousands of jobs the racing industry supports. Finally, we are confident Lance and his team will be strong local partners in the community and know he’s eager to continue the great relationships that have been established with the regional business community, area charities and civic organizations, and our local and state officials.”