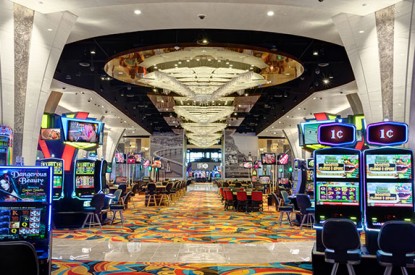 Penn National Gaming’s Hollywood Casino Jamul – San Diego, which it developed on behalf of the Jamul Indian Village of California, opened its doors to the public on October 10, 2016.

Timothy Wilmott, President and Chief Executive Officer of Penn National, said: “We are grateful to the Jamul Indian Village for giving us the opportunity to build this spectacular regional entertainment destination and are honoured to serve as the manager of their facility and to help them realise their goal of becoming economically self-sufficient. Hollywood Casino, which created more than 1,200 construction jobs and approximately 1,000 permanent jobs, is the closest gaming facility to downtown San Diego and we look forward to providing our guests an unparalleled entertainment, gaming and dining experience.”

“On behalf of our more than 1,000 team members – the vast majority of whom were hired locally – we are truly excited this day has finally arrived and we can’t wait to open our doors and begin providing world class entertainment and customer service,” said Richard St. Jean, General Manager of Hollywood Casino Jamul – San Diego. “I want to thank the Jamul Indian Village for entrusting my team with this responsibility. We are committed to working to realize the full promise of this economic engine.”

Penn National will serve as the manager of Hollywood Casino Jamul –San Diego for an initial term of seven years and will earn a fee of 30 per cent of net revenue (earnings before taxes as defined by the NIGC) for the management of the facility, as well as a licensing fee of two per cent of gross revenue for the use of the Hollywood brand and marketing services. The approximately $460m refinancing, to be obtained by an affiliate of JIV, is expected to close shortly after the facility opens and is anticipated to cover development costs (including those advanced by Penn National), retirement of tribal debt, working capital and financing costs. Penn National will continue to hold approximately $125m of the refinancing debt, which is expected to accrue interest at a rate of LIBOR plus 8.5 per cent.