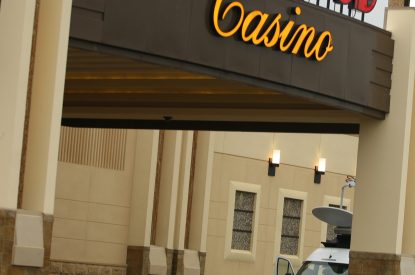 The first proposal, Hollywood Casino Sioux City, would be built on a 10-acre site in the center of one of the prime areas that the Sioux City Planning Division has identified as a preferred casino zone. The 100,000 square-foot Hollywood Casino Sioux City will feature a 33,000 sq. ft. casino floor with 750 slot machines, 20 live table games and a 5-table poker room. The facility will include structured parking for 800 vehicles and a 300-space surface lot while allowing easy access from Sioux City Transit’s local transportation options. Non-gaming dining and entertainment amenities include a fine-dining steakhouse, casual grille, casino bar and sports pub. Hollywood Casino Sioux City would also feature a 6,000 sq. ft. multi-purpose event center with a 500-seat concert venue. The master plan for the development contemplates a US$40m phase II expansion with a 150-guestroom hotel as well as space for an additional 50 slot machines, five table games, five new poker tables and additional food and beverage options.

The second proposal, Hollywood Casino Siouxland, with a $167m projected cost, is similar in size and scope to the Hollywood Casino Sioux City downtown project, but would lie in Woodbury County south of Sioux City and would include a 150-room hotel as part of the Phase One construction. Both projects would bring meaningful employment and other economic activity to the greater Sioux City area including over 400 employees at the new facility.

Peter Carlino, Chairman and Chief Executive Officer of Penn National Gaming, said: “In carefully considering the needs and requirements of the local community and the goals of the IRGC, we believe each proposal represents the strongest option for Woodbury County and the State of Iowa. We are prepared to work immediately with the IRGC and other local leaders to develop whichever of these facilities is deemed to be the most attractive and beneficial to the city and state of Iowa. Given the number of proposed gaming projects in recent years that have not been completed, we believe the importance of the financial strength of the operator and our ability to deliver on the commitments we’ve made are critical distinguishing factors. Penn National requires no financing to move forward with our proposals and can fund either of these projects with cash flow from existing operations.

“We believe our Sioux City proposals are the best way forward for the community given our long-term record of operation in the community and proven track record of developing first-class gaming and entertainment resorts in urban locations including most recently Toledo and Columbus in Ohio. Our proposed facilities, if approved, will ensure the continued employment of our team at Argosy Sioux City and create 800 new construction jobs as well as 400 jobs at the facility upon opening within approximately 18 months following approval from the IRGC. Both of our proposals also allow Penn National to introduce Sioux City to our Hollywood brand, which invokes the glamour of 1930s’ art deco Hollywood.

“Penn National’s balance sheet and financial liquidity as well as our proven development record and ability to generate both strong employment and tax dollars are unmatched. We plan to develop either of these facilities, using funds from our existing operations and are ready to move as quickly as possible to ensure that the local community benefits immediately. The entire Penn National team looks forward to working with our local partner and the IGRC to move forward and bring this exciting new gaming and entertainment facility to Sioux City.”

The IRGC plans to make a decision submitted proposals on April 18, 2013.