US – Penn National to develop its own online content 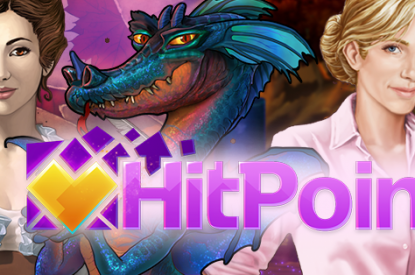 Penn National Gaming has established Penn Game Studios, an in-house content development team focused on creating exclusive iCasino content for its customers. To fuel this effort, the company is acquiring HitPoint Studios, and its spun-off real money gaming company, LuckyPoint. The acquisition is expected to close in the near term, subject to the satisfaction of customary closing conditions.

“We are incredibly excited to be launching Penn Game Studios, which is another important step in our Company’s evolution into the leading omni-channel provider of retail and interactive gaming, sports betting and entertainment,” said Jay Snowden, President & CEO of Penn National. “We will now have the ability to create exclusive content for our audiences, further leverage the Barstool Sports brand and our database of 20 million mychoice customers, and create cross-marketing opportunities with our brick and mortar facilities.”

HitPoint is an independent game design and development studio founded in Massachusetts in 2008. Since then, HitPoint has created more than fifty games for some of the largest publishers and brands in the industry, including Microsoft, Ellen DeGeneres, EA/PopCap, Disney, Google, and NBCUniversal. HitPoint has been a frontrunner in developing platforms for real-time multiplayer casual mobile games and currently runs the day-to-day live operations for multiple games using their proprietary technology stack.

In 2019, HitPoint spun out LuckyPoint to focus on real-money game development and the creation and operation of a remote gaming server. In addition to traditional online casino table games and slot machines, the LuckyPoint RGS brings a variety of gaming styles to desktop and mobile devices, including retro-style arcade games and puzzle games.

“We are thrilled to be joining Penn National and bringing our expertise to the Company’s interactive division,” said Paul Hake, CEO of HitPoint. “We look forward to adding our creativity, design and engineering skills to an already well-accomplished team at Penn National.”

Upon completion of the acquisition, the team of 30 employees from HitPoint and LuckyPoint will be integrated into Penn National’s wholly-owned interactive division, Penn Interactive. The team is comprised of highly-skilled designers, artists and engineers with a passion for creating and enabling new play patterns through innovative design and technology.