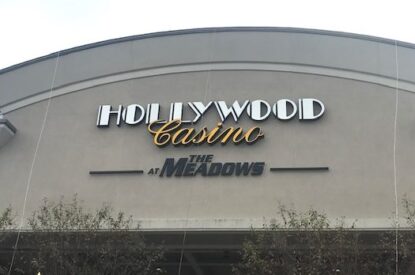 The Pennsylvania Gaming Control Board has unanimously voted to renew the Category 1 Racetrack Casino operator’s license of Washington Trotting Association, Inc., operator of Hollywood Casino at the Meadows in Washington County.

The seven-member Board determined that Washington Trotting Association, Inc. had fulfilled the obligations under its previously approved casino operator’s license and therefore qualified to have its license renewed for an additional five-year period.

The decision to renew the license was based on a process utilized by the Board that enables both the operator and the public to provide information relevant to the renewal decision. A public input hearing was held on 15 March of this year in the casino’s host municipality,North Strabane Township, where personnel of Hollywood Casino at The Meadows submitted exhibits and presented testimony on various aspects of the facility’s operation since its last license renewal was granted. The public was also permitted to provide testimony about the casino and its impact in the community.

In reaching its decision, the Board also received information from local government officials, community groups and the PA State Police, along with the Gaming Control Board’s Office of Enforcement Counsel, Bureau of Investigations and Enforcement, Office of Compulsive and Problem Gaming, and Bureau of Casino Compliance.

Additionally, a public hearing was held in Harrisburg today to permit Board members to further question Washington Trotting Association, Inc. representatives about any remaining issues prior to voting on the renewal.

Since its opening in June 2007, Hollywood Casino at The Meadows has generated $3.5 billion in gross revenue from the play of slot machines, table games and sports wagering resulting in a return to the Commonwealth of approximately $2 billion in gaming tax revenue. Hollywood Casino at The Meadows currently operates 2,006 slot machines, 84 table games, a Barstool retail sportsbook, and DraftKings online sports wagering.

A PowerPoint presentation provided at the meeting which includes more details on Hollywood Casino at the Meadows is available on the Board’s website, www.gamingcontrolboard.pa.gov, under the Board Meetings tab and calendar date 15 June 2022.