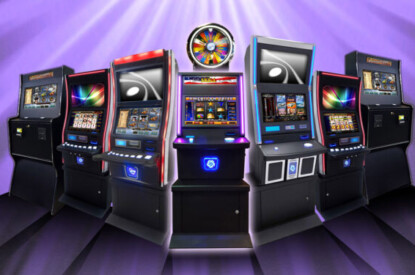 Pennsylvania Skill, powered by Pace-O-Matic, has applauded the $450m that gambling and gaming interests took in during October, setting a monthly record.

The impressive revenue from casinos, I-gaming, sports betting and truck stop VGTs is happening while Pennsylvania Skill is expanding its games in the commonwealth.

According to the Pennsylvania Gaming Control Board, the total revenue for October is $24.3 million more than the revenue collected in October 2021. PGCB also explained that iGaming hit a record $124.4 million.

“This is all great news for Pennsylvania,” said Mike Barley, spokesman for Pennsylvania Skill. “Our industry is glad to be part of what is an overall benefit to residents. From our industry, we know that our skill games are supporting small businesses, fraternal organizations, and veteran organizations in particular.”

Barley added that Pennsylvania Skill and Pace-O-Matic have exhaustively studied whether skill games have had an impact on casinos – and the lottery — in the state by contracting with Dr. Peter Zaleski of Meadows Metrics, former head of economics of Villanova University.

“We have seen from these studies that no correlation exists between casino revenues and the play of legal skill games,” said Barley. “And, unlike the out-of-state and international companies operating in the casino and iGaming space, over 90 per cent of the profits generated from our Pennsylvania Skill games stay in the Commonwealth.”

Pennsylvania Skill supports legislation that would further regulate and increase taxes on skill games. The state could see an additional $250m in recurring annual revenue if the measure passes.

Through locations that have legal skill gaming machines, tens of thousands of dollars trickle into communities across Pennsylvania. Funds go to fraternal organizations, volunteer fire departments, veterans’ groups, fraternal orders of police, Moose Lodges, and countless other community organizations. All of the games, and most of the parts used for building the machines, are made in Pennsylvania.