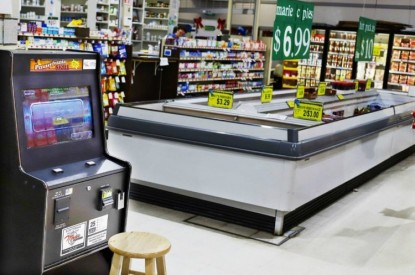 Pennsylvania Skill, made up of operators of legal skill games, strongly opposes any legislation that merely provides a way for VGTs to enter the state market and trigger excessive tax rates that would unfairly punish small businesses in the commonwealth.

“Pennsylvania Skill has consistently taken the position of support for regulation and increased taxation of the skill game industry in a manner that supports Pennsylvania small businesses and does not cannibalize existing casino and lottery revenues,” said Mike Barley, spokesman for Pennsylvania Skill, powered by Pace-O-Matic. “To this point, Pennsylvania Skill or our small business customers have yet to be included in the viewing or discussion of current gaming expansion legislation.”

Mr. Barley added that Pennsylvania Skill has deep concerns about how the legislation may impact the legal skill games that support thousands of businesses and tens of thousands of jobs across the commonwealth.

“If this is a true effort to regulate true games of predominant skill,” he said, “then legislation must be clear that this is not a backdoor for the proliferation of VGTs, which would be harmful to businesses and casinos and lottery. There is a big difference between VGTs and games of skill.”

Members of the General Assembly should be against this measure until a truly collaborative process is put in place, Barley explained.

He added that VGTs have proven in other states, like Illinois, to cannibalise both lottery and casino sales and would do the same in the Commonwealth. However, studies on skill games have not shown the same impact on existing casino and lottery sales in Pennsylvania.

Pennsylvania Skill hired an independent economist from Villanova University and Meadows Metrics to do exhaustive studies on legal skill games’ impact on casino and lottery revenues. The economist found there is no impact, and in fact, lottery and casino revenues continue to rise to record levels. At the same time, growth and continued revenue increases are happening in the legal skill game industry.

Early drafts of talking points on the legislation that pushes VGTs indicate the tax rate for skill games may exceed 50 per cent, including what would be a tax revenue rate split of 50 per cent between the state and the casino industry.

Pennsylvania Skill games have been ruled a game of predominant skill by the Court of Common Pleas of Beaver County. They are manufactured in Williamsport, with many parts sourced in the Commonwealth. Over 90 per cent of the revenue they generate stays in the state.