US – PointsBet teams with Playmaker for March Madness campaign 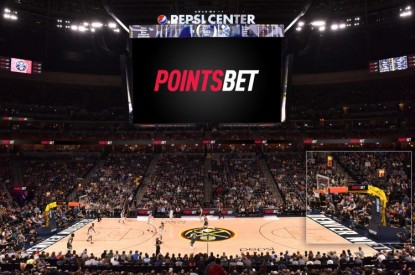 Sports media and talent management brand Playmaker, is pleased to announce their latest partnership with PointsBet, the only sportsbook to offer live, in-game, same game parlay options for NFL and NBA contests. PointsBet will bring to life and sponsor content with Playmaker and Playmaker Betting throughout the NCAA’s March Madness tournament and beyond.

NBA legend, Carlos Boozer, who is among Playmaker’s roster of high-profile talent, has officially placed a $50,000 bet on Duke University to win the tournament and $600,000 with PointsBet. The sports betting company will be the exclusive sponsor of several of Playmaker’s March Madness initiatives including Playmaker 16, Playmaker 8 and Playmaker 4 free-to-play games and “Playmaker On The Street”, a digital series hosted by Dakota Wiley, which is being filmed at many of the tournament locations including Buffalo, Pittsburgh, San Antonio and New Orleans.

“We believe that betting content, like sports betting itself, should be fun. What’s more fun than following a former NBA player bet on his alma mater with over half a million in upside?” said Brandon Harris, CEO at Playmaker. “It’s so much more engaging than old guys in suits giving picks or spamming offers, and so far the millions of impressions back that theory up. We’re glad to be able to work with fun partners like PointsBet to bring this kind of collaboration together.”

“Working with Playmaker on the Carlos Boozer bet has given us a great perspective on the services they offer and the reach of their platforms,” said PointsBet U.S. Senior Vice President of Content Liam Roecklein. “They stand at the forefront of merging content, social influence, and technology, and we are excited to work together to broaden our exposure and find new audiences to promote the PointsBet brand.”

With Playmaker’s impressive online presence, consisting of a monthly audience of over 30 million 21-39 year olds across Instagram, Tik Tok, the company will also be partnering with PointsBet’s content creators including golf influencer Paige Spiranac and betting influencer and former track and field star, Taryn Tempel for collaborative content.

“Both brands like to celebrate and promote community around sports betting while also focusing on education and responsible gaming, this campaign is providing a good mix of what we have to offer at Playmaker including: video, social, free to play gaming, talent and distribution and it aligns well with PointsBet’s ever growing voice and presence in the betting industry,” said David Woodley, President at Playmaker.

Launched in September 2021 and backed by legendary poker players, Phil Hellmuth and Jeff Gross as investors, Playmaker Betting has amassed an audience of more than 400,000 followers with over 40,000 free-to-play game players. As part of the PointsBet collaboration, their betting series ‘The Good, The Bad, The Hellmuth’ starring Phil Hellmuth will continue throughout the tournament and beyond. They will be launching new shows with NBA legend investor Tracy McGrady as well.